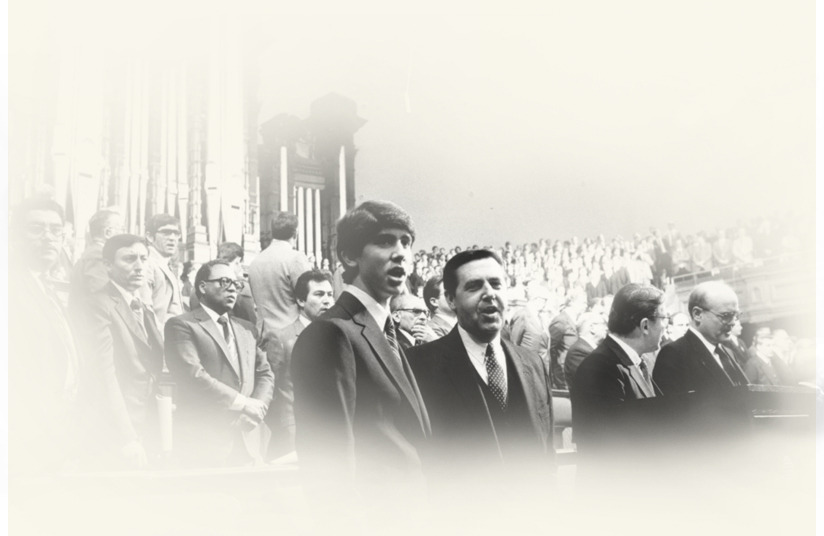 Jeffrey R. Holland and his son Matt in the Salt Lake Tabernacle, via LDS.net, courtesy of LDS.org

Getting Home on Time

Jeff’s mother remembers how obedient Jeff had been as a child and teenager. She says, “He never gave me any trouble. He was always at church, and he always took care of his priesthood duties.”

Jeffrey showed his obedience once when his mother let him go to a party with the curfew of 10 o’clock. When Jeff looked at his watch and saw that it was 9:45, he ran from one end of St. George to the other in order to get home on time (“Jeffrey R. Holland”).