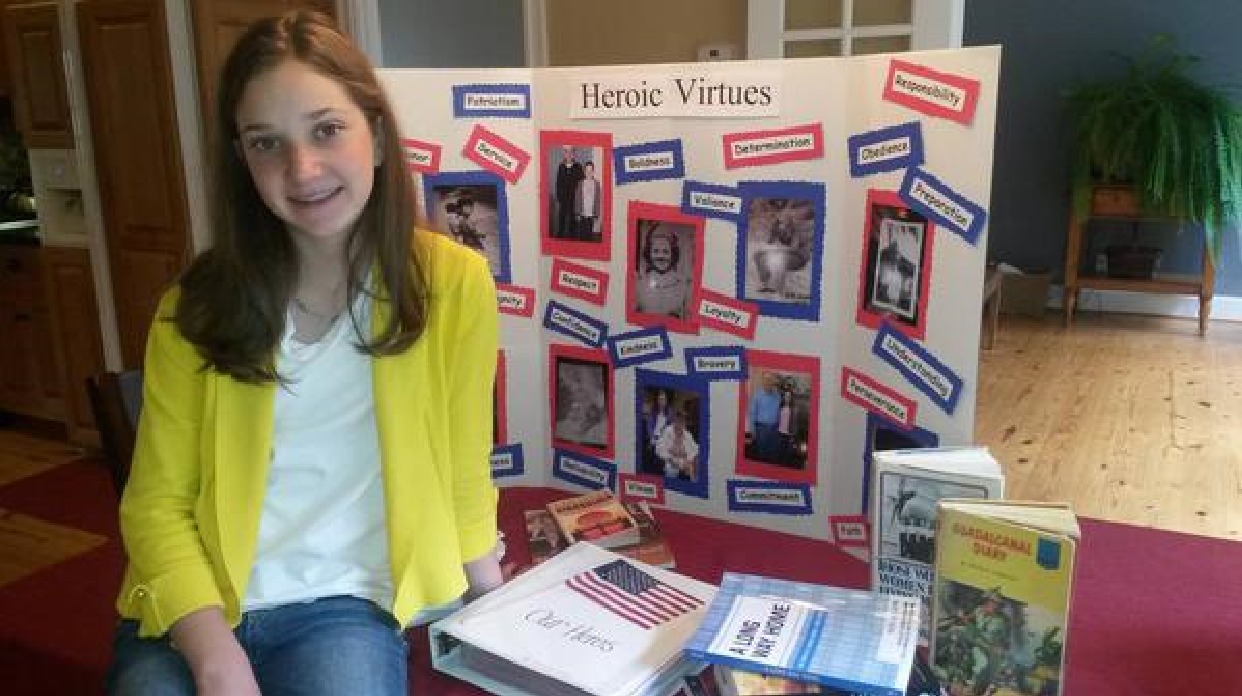 Miranda Wilson has spent more than 100 hours studying World War II. The 13-year-old from Tulsa, Oklahoma, started a serious research project when students in her homeschool group were encouraged to interview three veterans.

When she finished the first three interviews, she asked her mother, Jennifer Wilson, why she had to stop at three.

She didn’t. Miranda Wilson ended up doing what she calls a deep study of World War II that has come to include reading books, watching movies, visiting museums and even attending veteran memorial services.