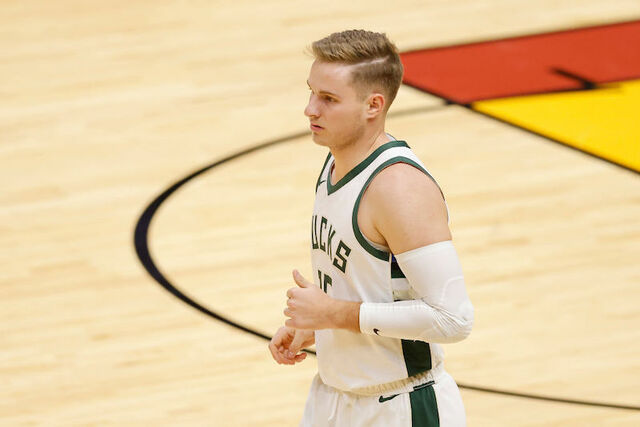 Two Latter-day Saints have played in this year's NBA’s conference finals. Here’s how they performed

Elijah Bryant, a former BYU star, and Sam Merrill, a Utah State guard, both of whom play for the Milwaukee Bucks, got playing time in game two of the Eastern Conference Finals over the weekend. Deseret News reported that Bryant “scored two points, grabbed four rebounds, and had one assist” in 11 minutes of playing time while Merrill also “scored two points, dished out two assists, and pulled down one rebound in four minutes on the court" in the Bucks' victory over the Atlanta Hawks.

The Bucks won the game handily, with 125–91 being the final score. Currently, the Bucks are leading 2–1, and will face off against the Hawks in game four tonight.

Bryant and Merrill aren’t the only members of the Church that have had success in the NBA playoffs. The Deseret News named 15 other players who have participated in the NBA playoffs, including Danny Ainge, Greg Kite, and Danny Vranes.

Read the rest of the list at Deseret News.

NbaNba,
Comments and feedback can be sent to feedback@ldsliving.com