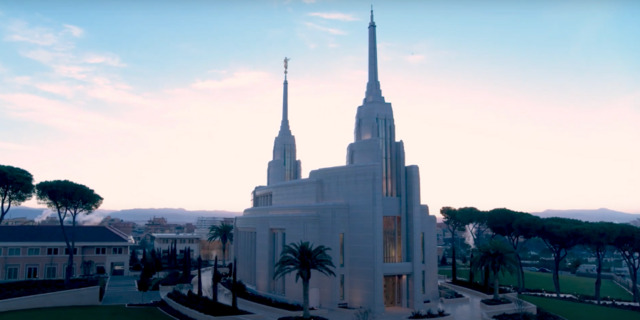 As John Connolly served in the leadership of the Preston England Temple for three years, he would write poems to express his deep feelings for the sacred edifice.

Now, with the help of Samuel Petchey, a jazz pianist who has regularly performed at Buckingham Palace, Connolly’s poem has been set to music, according to Church Newsroom United Kingdom.

Connolly served in the temple with Petchey’s mother, and when he brought up his temple poems, she suggested her son could set one of them to music. In 2019, the two met at a concert in Dublin and Petchey set a poem to music.

The song begins with lyrics that capture the sacred space: “Where heaven meets earth, where God is near, His tender mercies often appear. His temple space, so calm so mild, a place where we feel the faith of a child.” The song also testifies of how the Savior helps us return to the Father again and how through Him, relationships with family can continue in celestial glory.

“What I love about ‘Where Heaven Meets Earth’ is the clear connection it makes between us, the temple, and Christ,” Petchey said. “Sometimes, when we sing or talk about the temple, the emphasis on eternal families can lose sight of whom the temple represents.”

Listen to the song in the video below or read more at Church Newsroom United Kingdom.