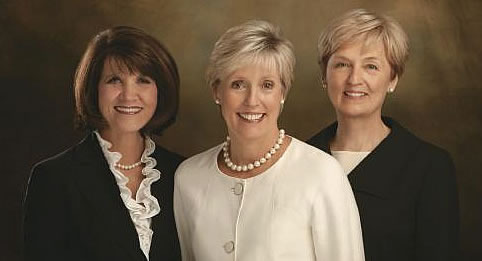 2 Reasons Why the Primary General Presidency Might Change This Conference

A recent call to serve has brought about an important question: will the General Primary Presidency be reorganized this April?

In an announcement of new mission presidents, Brother Mark Woodrow Stevens, along with wife Jean Alldredge Stevens, were called to the England London Mission. Sister Stevens currently serves as the first counselor in the Primary general presidency alongside Sister Rosemary M. Wixom (president) and Cheryl A. Esplin (second counselor).

"Our great desire as a presidency," the trio explain on their joint lds.org profile, "is to help families—parents and precious children—return to His presence. And so for children all over the world we say, 'Take my hand. Hold on tight. We will stay on the path together back to Heavenly Father.'"

Generally speaking, the Primary general presidency has been reorganized every five years. The current presidency was called in April of 2010, making this year the end of group's fifth, and with this upcoming change for Sister Stevens, it is also potentially the end of their shared time serving in the General Primary Presidency.