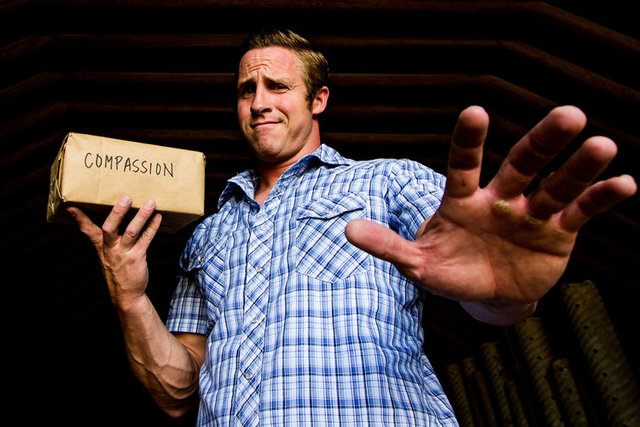 I've lived much of my life deciding whether or not people deserved my compassion. And I had a fantastic formula for deciding this: if their challenges were easier than mine, then no compassion was given on my part.

My brother and his wife were the perfect examples. A beautiful couple. Had a great marriage. Had a comfortable home. Were raising a beautiful little boy. But there was one problem: my sister-in-law was struggling to get pregnant with child no. 2.

My brother and his wife shared their pain and literal tears in struggling to grow their family. One day, my father called and said we were doing a family fast for them that they might be able to have another child. And I became angry.

As a single gay Mormon, I thought, "For Pete's sake! Why can't they be grateful?! At least they were able to marry. I'm not even allowed to marry the person I want to. And they already have one child. I'll probably never have a child of my own. I don't see the family organizing a family fast for me and my challenges are much greater than theirs. This is bull crap!!!" Feeling completely justified, I gladly ate during the fast and withheld any compassion for them.

But I was wrong. Dead wrong. And this type of thinking was toxic to my own peace and my own growth. But the stupid thing is, that while I was sitting in my cesspool of self-pity, there are many in the world who could use the same formula on me and tell me to stop being a crybaby for my challenges.

To the core of it, I felt that watching the "easier" challenges of others somehow diminished what I was experiencing. And that hurt. But I was looking at it all wrong. Mark Twain said:

Nothing that grieves us can be called little: by the eternal laws of proportion a child's loss of a doll and a king's loss of a crown are events of the same size.

I'm trying to develop my ability experiencing my our own pain while entering that same space of another's. I find it hard to do as I quickly turn to the old habit of ". . . at least." Ugh, more work to do. 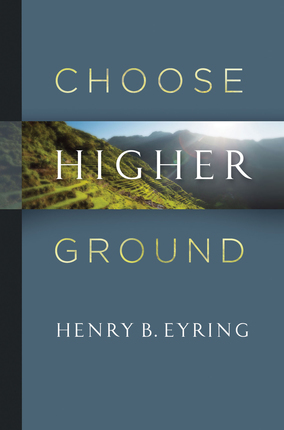 "Let us do whatever is required to qualify for the Holy Ghost as our companion," President Eyring urges, "and then let us go forward fearlessly so that we will be given the powers to do whatever the Lord calls us to do." Filled with a revered leader's clear insights and sound counsel, Choose Higher Ground helps readers gain access to the power promised by the Lord to all His faithful disciples in the latter days.