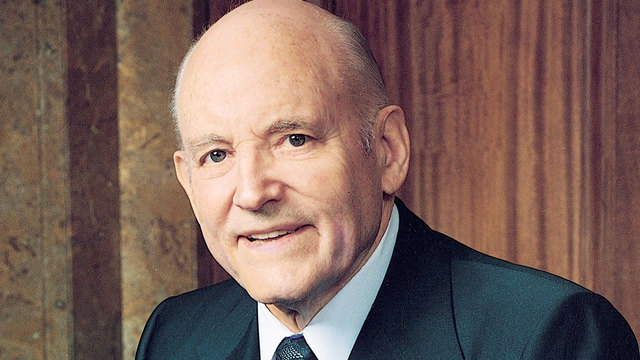 25 Years After President Hunter Was Threatened with a Bomb at BYU, Journalist Reflects on That Night on Campus

Despite a man threatening President Howard W. Hunter with a bomb during a BYU fireside at the Marriott Center, the future prophet responded calmly and with conviction, continuing his address once the man had been apprehended. Of the event, Jeff Call writes, "The incident lasted only about 10 minutes, though for those who attended and followed what was going on, it seemed much longer."

It was a quiet Sunday evening in the newsroom of the Daily Universe on BYU’s campus.

As the assistant sports editor, I was putting together the sports pages for Monday’s paper while other fellow editors were working on their own pages on Feb. 7, 1993. On the television screens, the BYU devotional, featuring President Howard W. Hunter, President of the Quorum of the Twelve Apostles, was starting.

I remember feeling a little bit guilty for not being there. I usually attended the firesides, but on that night, I was required to work. But I figured that the next best thing would be watching the devotional on the television in the newsroom.

Just a few minutes into President Hunter’s address on adversity (the title was “An Anchor to the Souls of Men”), the live television feed dropped and the screen went black. We figured it was due to technical difficulties — until the police scanners started going crazy.

To our shock and horror, we learned from the scanners that President Hunter was being threatened by a man that had marched to the podium at the Marriott Center claiming to have a bomb.