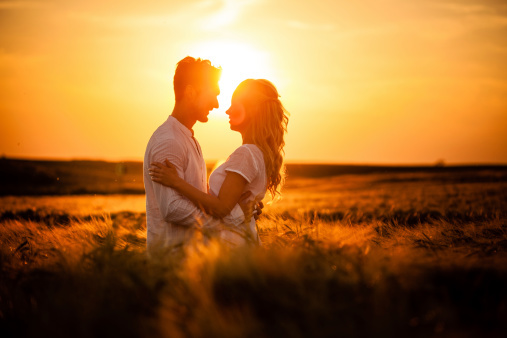 As Valentine's Day approaches, many are looking for the perfect romantic gesture to remind their spouse just how much they love them.

But rather than wandering stores wondering if your spouse would like chocolate or a bouquet of roses, maybe the perfect Valentine's Day present is to toss some bad habits that have snuck into your relationship—habits that you wouldn't even think of as bad, like checking your phone all the time or mentally keeping score of what you've done and what your spouse hasn't.

Here are just a few habits to break this holiday as a thoughtful, perfect gift to your spouse:

A study by Brigham Young University measured how much "technoference"—interruptions in family time caused by technology and devices—affected the strength of a marriage.

What they found was most of the 143 participants agreed that these electronic devices interfered with their quality couple time. And those who had frequent technoference also reported a "lower relationship satisfaction, more depressive symptoms, and lower life satisfaction," according to the study.

"By allowing technology to interfere with or interrupt conversations, activities, and time with romantic partners—even when unintentional or for brief moments—individuals may be sending implicit messages about what they value most," according to the study.

Meaning when their spouse looked at their phone instead of actively listening to the conversation or taking part in activities, the test subjects were likely to infer that their phone meant more than they did to their spouse.

Instead, put the electronics away and carve out some time for just you and your spouse.

Allotting time for just you and your spouse, without any phone time, can have a positive influence on your marriage.

An article published by The National Marriage Project at the University of Virgina showed that couples who spent quality time together at least one day a week were 3.5 times more likely to be "very happy" in their marriages.

But if you can't quite squeeze in a date night each week, taking short walks alone together or just finding a few spare minutes to talk can help.

Husbands and wives need time together to fortify themselves and their homes against the attacks of the adversary. —David A. Bednar

Even though it may seem like harmless teasing, criticizing your spouse—especially in public—can be very damaging to any marriage.

Not to be confused with feedback or a complaint, outright criticism of your spouse is a direct attack on their character. Instead of a complaint like, "I wish we had more money," a criticism could be something like, "You spend all of our money on things you want," implying that they're selfish.

Even when seemingly light-hearted, criticism is especially destructive in marriages.

In fact, it's the top indicator of Dr. John Gottman’s "Four Horsemen of the Apocolypse," which is used to determine divorce with 90 percent accuracy.

Studies like "Marital Conflict Behaviors and Implications for Divorce over 16 Years" published by the U.S. National Library of Medicine National Institutes of Health also show that destructive behaviors like negative criticism can "result in negative evaluations of marriage and declines in marital satisfaction and stability."

Instead, make an effort to talk positively about each other and resolve issues civilly.

According to the study by the U.S. National Library of Medicine National Institutes of Health, constructive behaviors such as saying nice things about each other, calmly discussing problems, and actively listening contributed to "improvements in evaluations of marriage and increases in marital satisfaction and stability."

Rather than focusing on the things that may annoy you about your spouse, make a special effort to point out their good qualities and refrain from using hurtful language when discussing problems.

Okay, so you've washed and folded the laundry, picked up the kids from school, made dinner, washed the dishes, and you feel like your spouse hasn't come even close to equaling the same amount of work you put in. While it's pretty common to feel like your spouse just isn't keeping up, it's also pretty hurtful for marriages.

Couples who "keep score" are setting themselves up for negative exchanges including contempt, the second of Dr. John Gottman’s "Four Horsemen of the Apocolypse."

That's because the overall problem is relationship maintenance, or how you and your spouse keep your relationship healthy.

And if you think it would all be better if you shared the household work exactly equally, that's not the case.

A Norwegian study on divorce rates titled “Equality in the Home” concluded that "sharing equal responsibility for work in the home doesn’t necessarily contribute to contentment."

Instead, talk to your spouse about how you feel and ask for help when needed.

Encouraging an environment of mutual support can help rid relationships of the "keeping score" attitude and cultivate a trusting, loving atmosphere.

Marriage, in its truest sense, is a partnership of equals, with neither exercising dominion over the other, but, rather, with each encouraging and assisting the other in whatever responsibilities and aspirations he or she might have. —Gordon B. Hinckley

Whether you're engaged to be married, a newlywed, or someone with decades of marriage under your belt, this counsel from an inspired leader will help you develop a more Christlike love for those around you. As you draw closer to the Savior through your daily choices and actions, His love will fill your home.