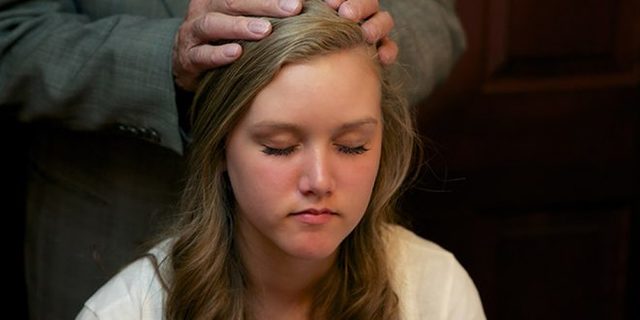 Knowing that the ordained patriarchs in the Church are inspired of God, there are only three reasons why the promises in someone’s blessing would not be fulfilled.

First—and most concerning—is one’s personal worthiness. If, indeed, some promise made was not fulfilled, or some blessing offered was never received, it may be because the person did not live worthy of the things the Lord had promised him or her. If we do not strive to live faithful to our covenants, then we may miss opportunities to receive the blessings promised to us. As a singular example, if a young man’s patriarchal blessing says that he will serve a full-time mission in his youth, and will thereby be the instrument in bringing many souls into the restored gospel, but then he is not worthy to serve a mission as a young man, that opportunity (and the associated blessings) would be lost or, at the very least, delayed. He can certainly repent and serve a senior mission. However, if he was not worthy during the time the blessing was to be received, he would simply miss out on that promise made in his blessing.

A second reason why some promises in a patriarchal blessing might appear to go unfulfilled has to do with timing. In other words, it may simply not be time for that element in the blessing to be fulfilled. President Boyd K. Packer (1924–2015), former president of the Quorum of the Twelve Apostles, explained:

Sometimes someone will worry because a promise made in a patriarchal blessing is not yet fulfilled. For instance, a blessing may indicate that a member will be married, and they do not find a companion. That does not mean that the blessing will go unfulfilled. It is well to know that things happen in the Lord’s due time, not always in ours. Things of an eternal nature have no boundaries. From the premortal existence to our existence beyond the veils of death, our life is an eternal life.[1]

As a singular example, if a young woman’s blessing promises her that she will be sealed to her eternal companion in the holy temple and, at fifty years old, she finds herself still single, that should not be taken as evidence that this promise will not be fulfilled. The Lord will bring to pass His promises according to His timing and in His way. Elder Neal A. Maxwell (1926–2004) of the Quorum of the Twelve Apostles suggested the importance of being willing to say not only, “Thy will be done, O Lord,” but “Thy timing be done” as well.[2]

Finally, some assume that certain promises in their patriarchal blessing were uninspired because they have not witnessed their fulfillment in their lives (see Hebrews 11:13). However, in many cases, the promised blessing has been fulfilled, but not in the way it was expected. Thus, sometimes we don’t notice their fulfillment and assume that either the patriarch was wrong or that God has let us down. As an example, Elder LeGrand Richards of the Twelve Apostles told of the death of his oldest son—who was not quite sixteen years of age when he passed. In the boy’s patriarchal blessing, it promised, “For it will be thy privilege to bear the holy Priesthood and to go even among strangers and in strange lands, in defense of truth and righteousness.” He was also told in his blessing that “thy home shall be a fit abode for the spirits of thy loved ones.” Elder Richards and his wife had interpreted these promises as meaning that their son would serve a mission to some country where he would likely learn a foreign language; and that, upon his return, he would marry and have children. Thus, when the boy died, Elder Richards and his wife were devastated and confused. It was one of their younger children that pointed out to them that his older brother was currently serving a mission among “strangers and in a strange land.” Additionally, the younger brother noted that his brother’s new home was a “fit abode for the spirits of his loved ones.”[3] Similarly, my patriarchal blessing promised me the gift of tongues. My immediate assumption was that I would be serving a foreign-speaking mission. However, I was called on an English-speaking mission to England. I have absolutely experienced the gift of tongues in my life, but it has been in a very different way than I assumed the Lord meant (when He promised me this gift in my blessing). Had I not changed my paradigm, the fulfillment of that promise in my life might well have gone unnoticed. 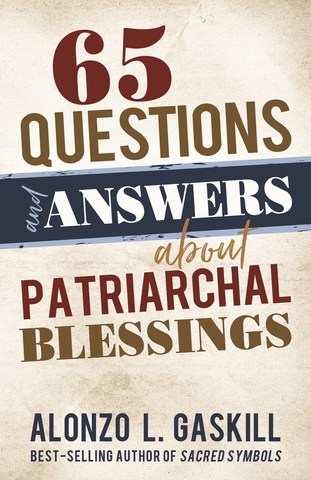 Get more fascinating insights into your patriarchal blessing from 65 Questions and Answers about Patriarchal Blessings.

Want to know if you're ready to receive a patriarchal blessing? Who to share it with once you have it? Or how to interpret your blessing? This enlightening book will help you prepare for and make the most of your patriarchal blessing. With quick answers to all your questions and a firm foundation in the scriptures, this is a must-read for youth, parents, and leaders.