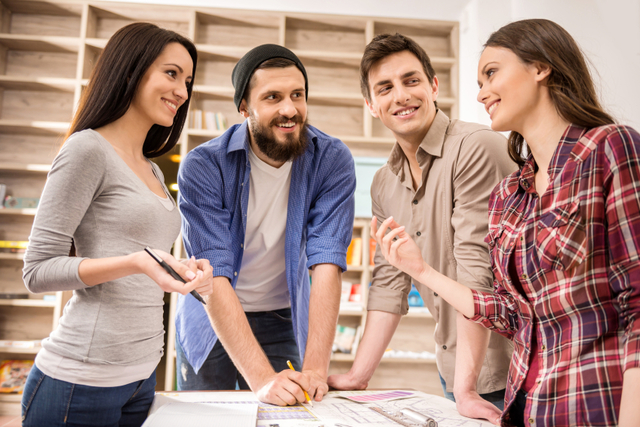 3 Ways to Avoid Offending People When Sharing the Gospel

My wife and I were still fairly new members to the Church, but a couple sat in our living room. They were investigators, willing and wanting to be taught about the gospel. When I felt like the timing was right, I explained temple marriage and what it meant to our young, growing family: eternal love and eternal togetherness. Different from other marriages. Different from theirs.

“How is it different?” asked the wife, with just the slightest trace of concern.

“Well…remember in your own wedding ceremony—didn’t the minister say at the end ‘until death do you part’?”

“Well, there it is in a nutshell. The minister was admitting that he could only marry you for the period of your life here on earth. Not for eternity. We believe that only in the true Church can you be sealed together for eternity.”

The couple glanced at each other. “So you’re saying,” she said carefully, “that after we die the two of us won’t be married?”

With tender understanding, I repeated my point. “Well, basically, that’s right. We believe that only in the restored gospel can couples be sealed together eternally. Your own minister conceded the point.”

Only the faintest chill entered the room. Barely discernible. In fact, it was probably just my imagination. We finished the discussion with smiles all around and a promise for another visit.

But we never saw them again.

I was disappointed, but in time I understood. They simply weren’t ready. Perhaps one day someone else would reap a harvest from the seeds we had carefully planted. Meanwhile, we prayed for more missionary experiences.

It would be another decade or two before I realized the mistake I’d made that day—my sin, if you will. I was so bent on scoring a doctrinal point that I had done about the worst thing possible: I told them what they believed.

“Your minister said ‘until death do you part.’ So that means…”

We hate it when other people do that to us.

“Oh, you’re a Mormon. So that means you believe (insert distorted half-truth here).”

It’s the same approach I had used with the married couple, and it’s guaranteed to produce the same instantly negative response. Yes, we hate it when people tell us what we believe, but that didn’t stop me that day from doing it to them.

Since that day decades ago, I’ve had the chance to talk with many other investigator couples. Some have joined the Church, and some haven’t. But each time the subject of eternal marriage comes up, I gratefully remember the lesson that I was too self-absorbed to notice years ago: Every couple I’ve taught believes they have already been married for eternity. Every one.

But what about the ‘until death do you part’ part? Isn’t that, like, checkmate?

Well it is, but only if you believe like we do, which not everyone does. To many people, the phrase until death do you part is only a recognition that, unless they die simultaneously, there will be a temporary time that they will be separated—but their own covenant before God is that until that inevitable separation of death they will not be separated, and when death inevitably comes they will each look forward, from opposite sides of the curtain of death, to the time when they will be able to reunite and continue their happy and blessed union.

As covenants go, that’s a pretty great one. And not one we should belittle or flippantly misinterpret. Just as we are less likely to listen to and build friendships with those who mock or belittle things sacred to us, others will be less likely to want to interact with us if we belittle what others hold to be deeply sacred.

Temple marriage is only one example of how we can inadvertently disconnect with those we teach. What’s unfortunate is how often this kind of deep disconnect occurs in the work of inviting others to come unto Christ.

For the three years I served as a counselor in the Mississippi Jackson mission presidency, I often observed how, as both missionaries and members, we struggle to bridge divides that separate us. We sometimes think that because we have so much outwardly in common with our friends that it will be easy to connect on deeper levels and find things that we believe are similar. And so we discount our differences in favor of speaking of what we find important, with little understanding about what others hold sacred.

Sometimes we might even make the mistake of bringing up Mormon culture (as opposed to doctrine) in ways that leave investigators confused, hurt, offended, and ultimately uninterested. Often, in our excitement to share what’s unique about the gospel or our Church, we can come across as condescending or belittling, not uplifting.

Here are two more topics that tend to cause disconnect and how you can respond to avoid these problems:

Over and over again I’ve seen both missionaries and members thoroughly unprepared to respond when the discussion turns to why we need living prophets. This seems like a no-brainer to us, but to our Protestant friends—whose religious tradition is based on the fundamental belief that man can confidently approach God without a priestly intermediary—living prophets are a foreign concept. To many, in fact, our almost casual insistence of the need for prophets is an affront to what they believe is the foundation of their personal relationship with Christ. If our presentation of this doctrine does not anticipate that they may have grave concerns on the issue, we will come across as being full of insensitive bluster.

For ways to respond to objections about this topic, I recommend Elder Oaks’ October 2010 conference talk “Two Lines of Communication.” It was required reading in my corner of the mission.

Another way can disconnect badly is when we say things that suggest to others that, “Our Holy Ghost is better than your Holy Ghost.”

Yes, it’s true that the bestowal of the gift of the Holy Ghost at baptism by priesthood authority qualifies a new member for a potentially greater outpouring of the Spirit than he or she has ever felt before. But it can be damaging when we make what sound to others like bold claims about the full influence of the Holy Ghost only belonging to us, without acknowledging that those in other churches may also have experienced the feelings of the Spirit. If we’re not careful, we may appear to be minimizing, disregarding, or even mocking the long-standing and deeply personal relationship that actually can and does exist between those we are talking to and the Holy Ghost.

I spoke at length one night with a youth pastor at a local Baptist congregation who celebrated with me the joy of receiving inspiration from the Holy Ghost. He told me about the times (and there were several) when he felt inspired to respond to the needs of others in his flock, and how the Spirit seemed to smooth the way so he could connect with those who needed a pastor’s hand the most. He sounded no different than a Mormon bishop.

Truly, God is no respecter of persons, and He is fully capable of blessing both members and non-members alike with the blessing of personal revelation through the Comforter. We need to acknowledge to ourselves and to others that, although the Church of Jesus Christ of Latter-day Saints may hold the authority of the priesthood, the earnest seeker of truth standing before us may know the Holy Ghost just as intimately, if not better, than we do.

Speaking with Love, Not Condemnation

In these days when uncivil discourse is becoming more acceptable in society, I’ve talked with a few members who say, in effect, “so what if I offend someone when I tell them what’s true? That’s their problem, not mine.”

Fortunately for us all, that was not the attitude of Christ. Repeatedly, as illustrated by His use of parables, the Savior tailored His message to be understood by His audience.

If we somehow feel that our goal in sharing the gospel is simply to put people on record for having heard a truth or two so they can be judged negatively in the future for not obeying it, then I think it’s we, not they, who stand in danger of judgment. Rather, we are to try to teach as Jesus taught so that the listener won’t just know, but will truly understand what we’re talking about. “Give me understanding,” cried the psalmist, “and I shall keep thy law; yea, I shall observe it with my whole heart” (Psalm 119:34).

This gospel writer’s goal was to achieve understanding, not just knowledge. Knowledge without understanding (which is everywhere in the world today) is 500 puzzle pieces still in the box. It is unorganized understanding.

To effectively share the gospel, we have to do more than just know some scripture mastery verses and pray that the Holy Ghost will smooth the way. We cannot assume that the Spirit will bail us out of our own clumsy insensitivity to the beliefs and hard-won life experiences of those we teach.

If we want others to understand the beautiful truths of the gospel of Jesus Christ, then we first need to understand those with whom we share these truths—and that is not accomplished in a few quick visits. The work of understanding is always linked to genuine love and charity (the pure love of Christ). But if they know you love them, they will make the effort. And when two souls meet in equal measures of love, understanding, effort, and mutual respect, with the help of the Holy Ghost, the connection will hold. 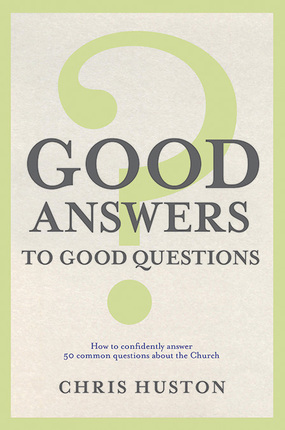