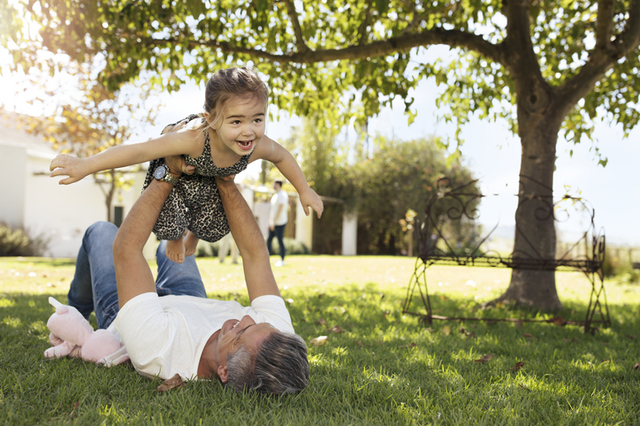 Simplifying our lives goes beyond mere management of interrupting phone calls and hectic schedules; it is far more than organizing closets or cleaning out unwanted and unused things that clutter our homes. Simplifying is about enhancing our ability to focus on things that really matter, to deliberately choose our priorities, and to let go of physical and emotional clutter that prevents us from focusing on things of real importance.

The verb "to cumber" is defined as follows: to load; to crowd; to check, stop, or retard, as by a load or weight; to make motion difficult; to obstruct; to perplex or embarrass; to distract or trouble; to be troublesome to; to cause trouble or obstruction in, as anything useless.

I invite you to review this definition from time to time, especially as you think of things, attitudes, feelings, thoughts, past deeds, and current habits that cumber you--things of which you might let go as you seek to simplify your life.

My first experience with letting go occurred when I was about seven years old. I wanted a two-wheeled bicycle for Christmas so much I could almost taste it! I hoped and I prayed, and on that special Christmas morning, there beside the Christmas tree was a two-wheeled bicycle! I could hardly believe my eyes! It was bright red and shiny beyond belief. It would be a long time before I learned how hard my dad had worked to get the dents out of a used bicycle and then paint it my favorite color. Of course, I begged to go outside and ride it--right then!

"Carolyn," Dad said, "There's nearly a foot of snow on the sidewalks."

Mother convinced me to wait until after all the presents were opened and we had finished our traditional Christmas dinner. Then Dad, who was the superintendent of schools and had lots of keys, promised that we would go down to the high-school gym and I could ride my new bicycle. This took place long before the invention of training wheels. In my day, you learned to ride a two-wheeled bicycle by having someone hold you up. Dad had a firm grasp on the back of the seat, and his other hand was right beside mine on the handlebar grip. I could feel myself struggling to stay upright, but Dad held me steady. Around and around the gym we went. Sometimes I felt like Dad was going to let go and I would fall, but he held on tightly. Then, all of a sudden I had it--I felt myself balancing the bicycle all by myself. Dad's steady grip, which I had initially needed so desperately, was now holding me back. I yelled just two words, but I really meant them, "Let go!"

I knew I could go faster all by myself. Of course, I wiggled a lot and had my share of falls, but when I could get my balance exactly right, I went so fast I felt like I was flying!

It's a tricky thing--letting go. I would have fallen immediately if Dad had let go the first few times around the gym. But if he had held on forever, I would never have been able to go any faster than he was able to jog alongside me. Life is much like that. There is a time to hold on and a time to let go. Part of becoming a spiritually mature and responsible adult is learning to differentiate between the times when we should hold on and the times when we need to let go.

Let's look first at the things we might consider letting go of. For a long time, I held onto a wool sock I'd purchased in New Zealand. Notice I said "sock." Unfortunately, while on a trip I had lost one of the socks, but I couldn't bring myself to part with the remaining one because it was filled with memories and was one of the finest socks I'd ever had. But every time I put something away in the drawer that held that sock, I'd think, "How silly to hold onto this. Let it go!"

I finally did. But there are so many other, equally strange things I hold on to. For example, I'm becoming aware of how many clothes I have that I haven't worn for years but want to keep just in case I might need them. Finally, I made a rule for myself: If I haven't worn it in the last two years, I give it away! I'm also trying to give something away each time I get something new. I'm still struggling with this, but I am making progress. Do you keep files of lessons you've taught or articles you like? Pictures you've laminated but haven't used in years? I recently cleaned out a file cabinet that had all of the materials I used to teach institute classes seven years ago. I'd never opened one of the drawers in all those years. How valuable could anything be? As I began looking at lessons I'd taught and talks I'd given, I realized that I wouldn't teach the same way today. I'm in a different place spiritually now; I would choose to present the same material differently. "Let go," I told myself as I practically filled a big garbage bin.

Interestingly, most books on the subject of simplifying deal with things--how to organize them, color code the storage of them, and get rid of the many extra things that often clutter our closets and drawers. But I'm convinced that things of a physical nature are the least of what we need to let go.

If we seek to simplify our lives and care for the life of our souls, there are more important things on which we need to focus. What about feelings we harbor? Feelings of envy, anger at something a friend said in a thoughtless moment, variance of opinions, negative attitudes, regret, untrue assumptions, pride, hurt from feelings slighted, anger or resentment? All of these are negative emotions that poison our souls and sap our energy--and of these things we need to let go.

There are many whose lives have been crippled by bitterness, hostility, emotional pain, resentment, grief, disappointment, injustice, or misfortune. Let go! Harboring such feelings destroys the soul and complicates our lives. At times we may feel that there is something much too painful or too large, something that we cannot overcome or let go of by ourselves. In that kind of situation, it would be appropriate to seek help from your bishop or a professional counselor.

I believe there are times when we are not even aware of resentments or anger that we carry in our hearts, feelings that are destructive to ourselves and to our relationships with others.

I was raised as an only child until I was 10. Then, my mother gave birth to my brother, Mark. She was 45 years of age at the time, and though I understood little of what was really happening, I now realize she suffered a severe case of postpartum depression. She was told to stay in bed, and I was told to take care of my brother. My aunt came to stay with us for two weeks and taught me how to make formula, rinse out diapers in the toilet, wash them and run them through the wringer, and hang them on the line. When Mark cried, I did what I could to attend to him. When my friends were going to the basketball game, I was babysitting. I had never talked about any of this and am not sure I realized how resentful I felt that I had been displaced by a baby for whom I was always responsible. The one thing I did know was that I was no longer an only child--I was a mother!

I always knew my relationship with Mother was strained, but not until the last years of her life was I able to fully understand all that happened. When mother was in her nineties and we were talking of old times, she said to me, "Do you know how hurt I felt when Mark was a baby and would cry? I would go to comfort him, but he always wanted you!"

I was shocked. Had Mother felt this way and harbored those feelings for more than 50 years? All of a sudden I saw things from a different perspective. I thought I was the one who had been hurt when Mark was born, but it was Mother who had carried this pain for so many years.

That night, I suggested to Mother that I give her a bath. She could not get in or out of the tub without help. I scrubbed her back, washed her feet, and cleaned her fingernails. "Oh, this feels so good!" she kept saying. All the while, with each little motion, I found that it was not just her body that needed to be cleansed--it was my heart! Just before she was ready to get out of the tub, I ran and put the towels in the clothes dryer. When they were warm, I wrapped them around her. I asked if she remembered how she would place towels on the radiator when I was a little girl and then when I got out of the tub, wrap them around me. We both remembered with fondness. I helped Mother sit on the toilet so I could dry her feet. Tears ran down my face, and when I looked up, I saw that she, too, was crying.

"You shouldn't have to do this for me. I'm your mother," she insisted. "But you did it for me. Now it's my turn," I responded.

As our tears mingled together, our hearts were mended as well. We both let go of feelings that had stifled our relationship for many years. I know from my own experience that sometimes the things we most need to let go of, we hold on to the tightest. Often, we need Christ's wisdom and strength to help us identify those things we need to let go of and to teach us the things that are of such worth that we need to hang onto them with all of our strength. Each of us so desperately needs that healing that comes from letting go of sins, offenses, resentments, and anger; sometimes we need to forgive ourselves. Of those things that would canker and fester your soul--let go. Of the true doctrine that can change our attitudes and behaviors--hold on with all your might! 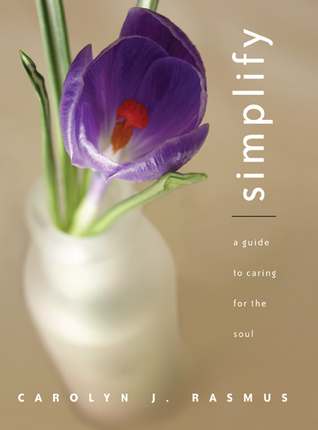 We've all been there — too many pressures, too little time. Life starts to spin out of control. Learning to simplify our lives is much more than phone calls and trimming hectic schedules, more than cleaning closets or paring down possessions. Convinced that the most destructive aspect of stress is what it does to us spiritually, Carolyn Rasmus outlines eight principles — using each letter of the word SIMPLIFY — that will help us keep from becoming so distracted by trivial things that our spiritual perspective is obscured. With these eight principles as a guide, we can enhance our ability to choose our priorities, remain calm amidst the daily chaos of life, and focus on things that really matter.