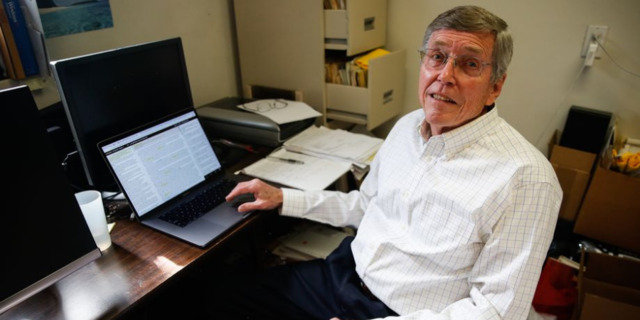 3 interesting facts about the man behind the Scripture Citation Index

“If he got paid a million dollars, it would have only worked out to about 50 cents an hour,” a member of Richard C. Galbraith’s family said about Richard’s work on the Scripture Citation Index.

Galbraith, a convert to the Church, spent 50 years creating the Scripture Citation Index—all while raising a family and working as a BYU professor. His love for annotating and cross referencing the scriptures, Journal of Discourses, and other inspired writings has now allowed anyone who asks, “What have leaders of the Church said about this verse?” to find answers right away.

► You may also like: The Scripture Citation Index could be what takes your scripture study to the next level

Here are a few interesting facts Deseret News recently shared about the man behind the Scripture Citation Index.

1.  He was invited to speak to a Protestant youth group while serving as a full-time missionary.

In 1968, while Galbraith was serving as a full-time missionary for the Church in England, he was invited to speak to a Protestant youth group. But the minister didn’t allow the missionaries to say a single word—he introduced them, then proceeded to speak against the Church and Joseph Smith before finally asking them to leave.

For Galbraith, this experience was a pivotal moment. “I vowed at that time that I would study the scriptures so well that I would be able to not only properly defend the Church, but also the Prophet Joseph Smith, whom I dearly loved. So, I have made the study of the scriptures, the Restoration, and Joseph Smith an important part of my life,” he states in the article.

2. He received a full ride scholarship to Northwestern University in Illinois as a graduate student.

His response to the news about his scholarship? Knowing that his education would be paid for, he decided to head over to a Deseret Book store in the Salt Lake area and spend $250 on his own set of the Journal of Discourses.

Studying human memory and children’s memory at Northwestern, Galbraith also focused his attention on the scriptures, the Journal of Discourses, and Teachings of the Prophet Joseph Smith.

Galbraith explains in the article that when he began annotating the Journal of Discourses, it contained less than 200 scripture citations.

► You may also like: 9 books to help you learn more about Joseph Smith

Read the full article at Deseret News to learn more about Galbraith, including his experience with family tragedy that caused him to lean heavily on his studies of the Restoration for comfort.