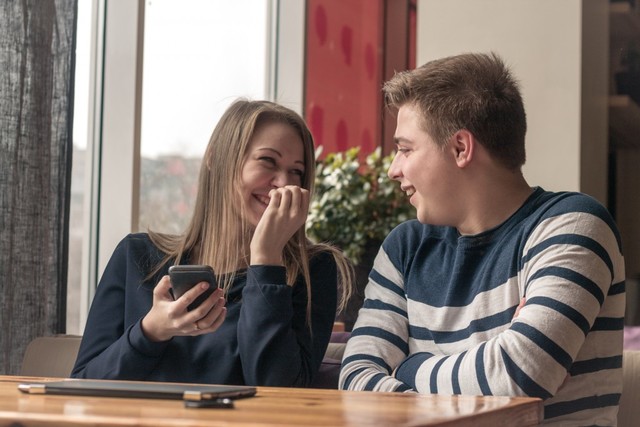 Check out this great dating advice for LDS singles.

Let me take you with me for a minute into a Relief Society meeting recently held in a BYU singles ward. My husband Scot and I were teaching and we asked a question that everybody wanted to answer. The young women were clamoring to be called on and the answers spilled out quickly.

We asked them what is most stressful to you in your current life—and almost to a person, they said dating and boys. Then we went on. In a world where you have school and finances and big decisions before you, why is dating the most stressful thing? They exploded with answers. . . .

One of the biggest surprises to me, working with both the men and women young single adults is how little they date. Wonderful men say, “I can’t get a girl to give me a second date.” Wonderful women say, “I can’t remember going on a date.”

Here are four bad ideas that I think are inhibiting dating at BYU—and perhaps across the Latter-day Saints singles scene in general.

Sizing Up a Person Before You Know Them

Somehow this culture has grown up around young Latter-day Saint singles. If I date someone once, I am considering them as a spouse. If we go out twice, we are probably a couple. Three times and you are practically engaged.

This idea puts so much weight on dating, that people avoid it all together, until they find a person that they think might fill that bill. It used to be that people dated for fun, for the social camaraderie, for the chance to meet new people and share an experience or two together. They had opportunities to interact with and get to know many, many people. Dating was simply a form of social life, without overly heavy baggage attached. Consequently many singles dated often and with many people before they began to even consider marriage. That is just not the case today.

I have asked young single adult women why they won’t go on a second date with a boy, and they answer because I don’t think I will marry him. That may be clear in some cases where someone doesn’t live the standards you appreciate, but how can you begin to know someone if you have hardly interacted with them? How do you know what they really think or the depths of their soul?

The same thing is true with men asking women on dates. They fear they are signaling interest in marriage, rather than just a chance to get to know someone better.