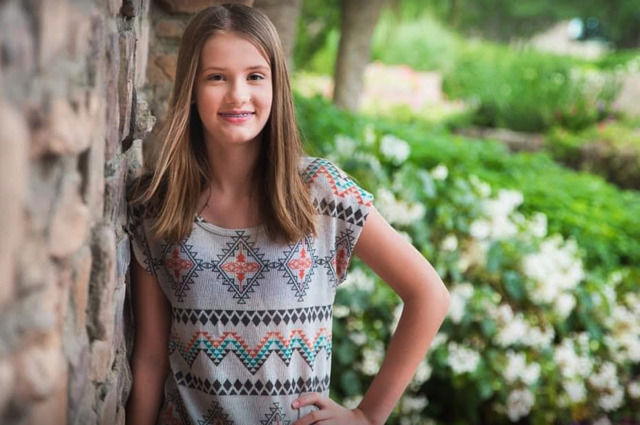 Two years ago, on February 14, 2018, 14-year-old Alaina Petty was killed by a gunman in a shooting at Marjory Stoneman Douglas High School in Parkland, Florida. She was one of 17 victims in the attack in addition to 17 injuries that day.

After his sister’s death, Patrick Petty thought he would never feel joy again.

But in a Facebook post on February 14, 2020, Patrick, now a missionary of The Church of Jesus Christ of Latter-day Saints, said he wanted to share some truths he has learned since losing his sister. In the post, Patrick referenced Alma 7:11-13, Alma 40:23, Doctrine and Covenants 121:7, and Doctrine and Covenants 64:10.

Here are four lessons he’s learned about the Atonement of Jesus Christ and forgiveness through those scriptures.

As Patrick reminds us, everyone has their own path to forgiveness and finding peace in the wake of tragedy. For example, members of the Coral Springs Florida Stake gathered together after the shooting in February 2018 for a service project. They volunteered time, equipment, and materials to help a shelter for runaway teens. Among the volunteers was Alaina’s mother, Kelly Petty, who told the Church News at that time that Alaina would have been at the service project if she could have.

As part of their service project, the Florida stake painted a mural on a wall behind the shelter, which read “fearless faith,” projecting a message of courage during times of trial.

Alaina’s father, Ryan Petty, said the service project was a reminder of how challenges are solved by reaching out to others when they’re in need.

“What we’ve tried to do as a family and what the stake youth are trying to show us are that the real ways to solve these problems are to reach out beyond your immediate circle of friends to people who may not be like you, may not believe exactly what you believe, may not look like you, and to serve them as our Savior would have us do,” Petty said. "That's really the solution here."

Patrick ended his post with his testimony, sharing, "I know that Jesus Christ lives. I feel His perfect love every day. I know Alaina will live again, I know I will see her again, and I know that she is in Paradise, looking down upon us all. No matter what trial, temptation, or affliction you are facing, Jesus Christ is the way through."

READ THE FULL 2018 STORY OF FINDING FAITH AFTER THE PARKLAND SHOOTING AT Church News.