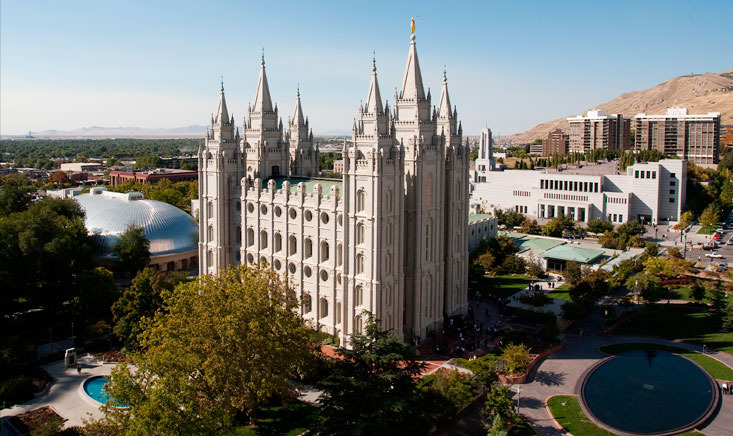 10. The organ was built by Joseph Ridges, an organ builder originally from England who moved to Australia and built the country’s first pipe organ there. The local presiding elder of the Church in Australia invited Ridges to send that organ to Utah, so he did, and moved to Utah himself. When Ridges arrived, Brigham Young was very appreciative of the state's first organ, and asked Ridges to build a much larger organ for the Tabernacle, which was about a year and a half from completion.

12. The tallest pipes are 32 feet high. The smallest are only as wide as a pencil.

13. The ten largest pipes do actually play. They’re made of long, wedge-shaped strips of yellow pine glued together to form a hollow tube with about a one-inch-thick wall.

14. When the Saints needed glue and calf skin to put the wood pipes together, firsthand accounts claim that an unusual number of cows and calves died of natural causes, providing what the people needed without necessitating a slaughter.

15. Back in the day, the organ was pumped by four strong men, until water from City Creek was used to power it.