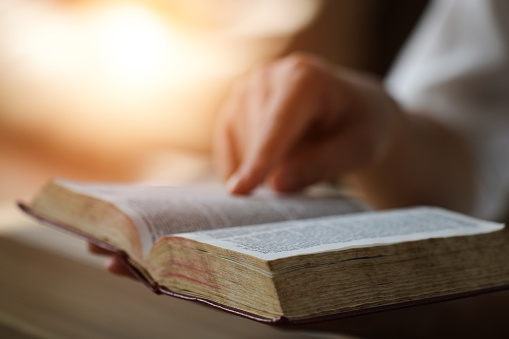 For example, in 1929, Heber J. Grant, who was then president of the Church, recalled:

When I was a young unmarried man, another young man who had received a doctor’s degree ridiculed me for believing in the Book of Mormon. [He said that one lie in the Book of Mormon] was that the people had built their homes out of cement and that they were very skilful in the use of cement. He said there had never been found and never would be found, a house built of cement by the ancient inhabitants of this country, because the people in that early age knew nothing about cement. He said that should be enough to make one disbelieve the book. I said: “That does not affect my faith one particle. I read the Book of Mormon prayerfully and supplicated God for a testimony in my heart and soul of the divinity of it, and I have accepted it and believe it with all my heart.” I also said to him, “If my children do not find cement houses, I expect that my grandchildren will.” . . . Now, since that time houses made of cement and massive structures of the same material have been uncovered.1

There are many other instances in which anti-Mormon writers have said, “The Book of Mormon can’t be true because . . . ,” but evidence later turns up to prove their arguments false. Let’s take a look at a few examples.

Critics of the Book of Mormon, trying to prove that the Book of Mormon isn’t true, accused Joseph Smith of using the name Alma in the Book of Mormon without realizing it was a woman’s name. Then, in the 1960s, a Jewish (not LDS) scholar found a document that dated back to the time of Lehi. One of the names on this document was (you guessed it)—Alma, theson of Judah. So Alma was an ancient male Hebrew name after all! There’s no way Joseph Smith could have known that!

Nephi wrote that when his family was traveling in the wilderness, they found a place that had fruit, was close to mountains, had enough wood and metal resources that they could build a ship, and also had a launching point so they could get their ship into the sea (see 1 Nephi 17:6–7, 16; 18:8).

“Yeah, right,” some critics have said. “Where are you going to find all of that in the deserts of Arabia? It doesn’t exist!”

And yet there is a place on the Arabian Peninsula that meets these characteristics. Nephi told us that his family left Jerusalem and went to the borders of the Red Sea. Then they traveled southeast for a few days and then east for a long time. Amazingly enough, if you follow this same route, you arrive at a location known today as Wadi Sayq. This spot (as well as some others) closely matches Nephi’s description of Bountiful.

Think for a moment of how amazing that is. Even twenty years ago people did not believe that such a place existed and criticized the Book of Mormon. But now we can see that the place did (and does) exist.

Barley is a grain similar to wheat that has been grown in the Middle East for centuries. It is also found in America; however, in the 1800s scholars believed that barley was brought to America by the Europeans and that it did not exist in America before Columbus.

As you can imagine, some people made fun of the Book of Mormon for mentioning barley. “It can’t be true,” they said. But in 1983 a science magazine reported a discovery of barley on the American continent—barley that was dated to before the time of Christopher Columbus. So barley was in America before the Europeans came! I guess that’s another instance of a Book of Mormon critic having to eat his words. (Get it? “Eating” in a section on barley? Okay, that was not funny. There’s something about this chapter that makes me want to make bad puns. We’d better make this next example the last one.)

As you already know, elephants are found in Africa and Asia but not in America. So once again, critics said, “The Book of Mormon can’t be true.”

But (once again), scholarly research now points to evidence that elephants, or close relatives of them, did live in America at approximately the same time as the Jaredites.

This is a picture of fossil remains found on the American continent. Would you say that it looks like an elephant?

Cement, Alma, Bountiful, barley, and elephants—five examples of things once used to ridicule the Book of Mormon that have been validated by modern scholars. This is a key point, because in the future someone may make a claim that says, “The Book of Mormon cannot be true because of such and such a thing.”

Just because the Book of Mormon mentions something that appears not to be possible (such as elephants) does not prove that the Book of Mormon is false. Like President Heber J. Grant, if we are confronted with something we do not have an answer for, let us say, “If my children do not find an answer to that question, I expect that my grandchildren will!” 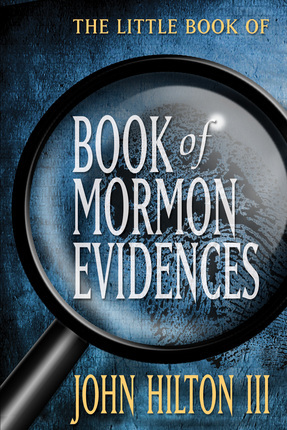 Youth and adults alike will appreciate this accessible discussion of scholarly evidences clearly demonstrating that the Book of Mormon could never have been invented by Joseph Smith. Evidences include “wordprints,” “witnesses,” “chiasmus,” “Hebraisms,” and other discoveries by modern scholars that can strengthen one's testimony of the Book of Mormon.