From Academy Award-winning actors to those with stars on the Hollywood Walk of Fame, learn more about the famous actors and actresses who converted to the Church. 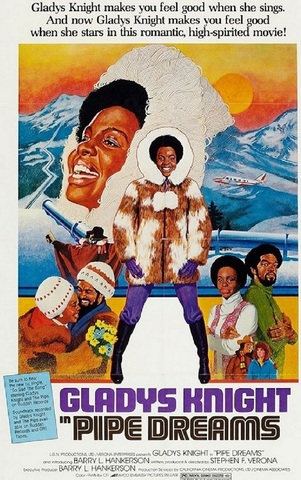 The “Empress of Soul” made her film debut with the lead role in Pipe Dreams (1976). For her performance, Knight received a Golden Globe nomination for Best Acting Debut in a Motion Picture.

In 2003, Knight had a small role in the hit movie Hollywood Homicide, starring Harrison Ford. She was also featured in Tyler Perry's film I Can Do Bad All By Myself  (2009).

In addition to film roles, Knight guest-starred on several television series, including The Jeffersons, A Different World, Benson, Living Single, The Jamie Foxx Show, and New York Undercover. She also made a number of television cameo appearances on shows such as 30 Rock and Las Vegas.

Gladys Knight’s faith in God has been a driving force throughout her life, and her thirst for light and knowledge, along with the example of her children, helped prepare her to accept the gospel, and become one of the most beloved famous Latter-day Saints.

At her daughter’s invitation, Knight began attending Relief Society. Knight shares, “After a while, Kenya told me, ‘Mom, it’s time for you to talk to the missionaries.’” And so she did.

“When the missionaries came to my house, we had the most beautiful prayer,” Knight recalls. “I loved the fact that when they came in they did not try to sell me on the Church—they just told me about the gospel. My mom, who I consider to be the most spiritual woman I’ve ever met, wasn’t a member, but she said, ‘You go.’ Those were basically her last words.”

Knight joined the Church in 1997 and was baptized by her son Jimmy. “I feel so blessed because my son held the priesthood and was able to baptize me,” she says. “It is such a precious thing to me. I was overjoyed.”

Fun Fact: Several famous actors have received a copy of the Book of Mormon, including Elvis Presley, Johnny Depp, Snoop Dog, and Rain Wilson. To read the interesting stories of how they received these scriptures, click here.