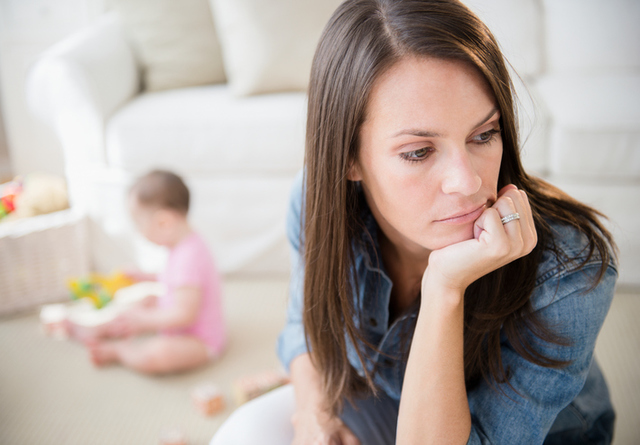 ​5 Ways Postpartum Depression Taught Me to Rely on My Savior 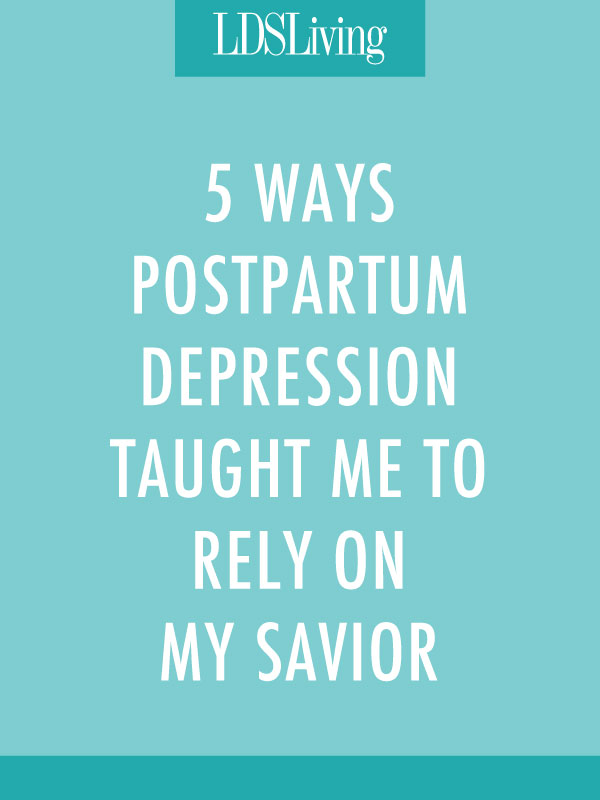 The “baby blues.” Every mother has heard of them. Some have even experienced them. It’s those weepy days—or weeks—following the birth of your baby.

I was told it was normal when unexplainable sadness came over me with my first child. I told myself it would pass. My body was changing yet again, and I just needed time to adjust to life with a newborn.

No one told me it would last months, even a whole year. Each day I found it harder to get out of bed and tend to the new, demanding member of our family. My days blurred into one long, numbing existence, and that entire first year is now just a sad, foggy memory that I look back on with regret.

With my second child I thought I could do it. I thought it would be easier since I knew what to expect; I was an experienced mother. Surely the same bad experience wouldn’t happen again. But I was dead wrong.

Postpartum depression is very common after having a child, and it can be triggered at any time during the first year. It doesn’t always manifest as simply weepiness and sadness, it can also show as anger, irritability, and despair (Postpartum Progress, “The Symptoms of Postpartum Depression & Anxiety (in Plain Mama English)”). I knew this. When my OB asked how I was feeling, I answered, without hesitation, that I was fine.

My second child was only 3 months old when I began to notice a scary pattern in my behavior. I wasn’t getting enough sleep, I had no appetite, and I felt annoyed by the smallest things my 2-year-old did. I was angry with my husband and constantly had meaningless arguments with him. Most days, I felt like I was drowning and all I wanted was to get away as fast and as far as I could.

It all reached a terrifying climax one night, just two weeks before Christmas. Maybe it was the exhaustion from the upcoming holidays, pressure from the book I was in the middle of editing, or simply that my body self-decided it had been through enough. That night I realized that I needed help. I just wasn’t capable of doing it myself.

We all know that at times in our lives we are given trials that seem like too much to handle and that we need help. Asking for help is not easy for me, and it probably never will be. I always stubbornly believe that I can do anything myself. And as a mother, the pressure to be perfect and independent made asking for help seem like an embarrassing weakness.

Why shouldn’t I be able to juggle being a wife and mother while working on completing a novel, while also keeping those foreign and unwanted feelings at bay? If I couldn’t do all of that myself, it meant that I wasn’t cut out to do any of it.

I was so caught up in comparing myself to a flawless image of motherhood that by the time I realized I did need help and that the well-being of my family was at risk, I had sunk so far down a hole of hopelessness that I was afraid I’d never make it out again. I had stopped being the logical, easygoing woman I had been and had become someone I didn’t recognize—someone who simply wanted to give up.