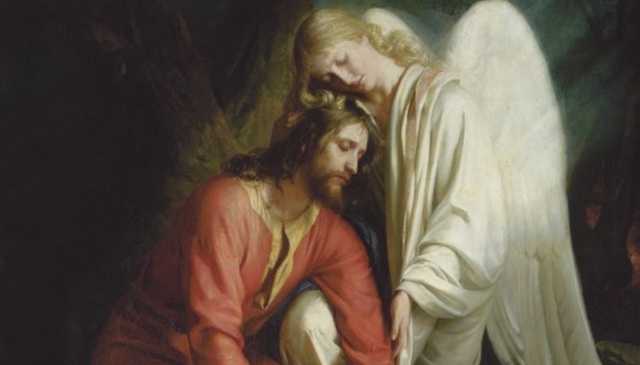 As Latter-day Saints, we are blessed to have access to many writings and publications from past and present leaders of the Church that can strengthen our testimonies of the Savior.

One of the most popular and comprehensive works about our Redeemer is James E. Talmage’s Jesus the Christ. In honor of the 104th anniversary of Talmage’s in-depth analysis of Christ’s life and ministry, here are five insights into the most pivotal moments of the Savior's life that can be found within this classic text.

1. "To Fulfill All Righteousness"

As outlined in 2 Nephi, Christ was baptized by John the Baptist “to fulfil all righteousness” (2 Nephi 31:20). When Christ appeared to His cousin to be baptized at the River Jordan, John recognized Him and saw that Christ was perfect and needed no repentance. John, therefore, saw no need for the ordinance to be administered unto the Savior.

Christ, however, deemed it necessary to be baptized to 1) show His willingness to obey the Father and 2) to set an example for the rest of us to follow. This event also demonstrated the importance of baptism by immersion and the true nature of the Godhead as three separate and distinct individuals.

About John the Baptist and this moment, Elder Talmage noted:

"'One mightier than I cometh, the latchet of whose shoes I am not worthy to unloose' (Luke 3:16), or 'whose shoes I am not worthy to bear' (Matthew 3:11); this was the way by which the Baptist declared his inferiority to the Mightier One, who was to succeed and supersede him; and a more effective illustration would be difficult to frame. To loosen the shoe latchet or sandal thong, or to carry the shoes of another, 'was a menial office betokening great inferiority on the part of the person performing it' (Smith’s Dictionary of the Bible). A passage in the Talmud (Tract. Kidduschin xxii:2) requires a disciple to do for his teacher whatever a servant might be required to do for his master, except the loosing of his sandal thong. Some teachers urged that a disciple should carry his humility even to the extreme of carrying his master’s shoes. The humility of the Baptist, in view of the widespread interest his call aroused, is impressive."

2. "Lead Us Not into Temptation"

The Messiah, withdrawing Himself from distraction and all other interaction besides that with His Father, went into the wilderness shortly after His baptism and fasted for 40 days. After making His mortal body become subject to His divine spirit, Lucifer came along to tempt the Only Begotten. The three temptations consisted of Satan urging Christ to turn stone into bread to satisfy His hunger immediately, to throw Himself off the pinnacle of the tabernacle to prove the angels will protect Him, and to receive all the kingdoms, wealth, and earthly glory Satan had to offer.

Elder Talmage makes an interesting correlation with the adversary's "ifs" compared to other times when the word "if" was used negatively toward the Savior:

"Note the later taunting use of that diabolical if as the Christ hung upon the cross. The rulers of the Jews, mocking the crucified Jesus in His agony said, 'Let him save himself if he be the Christ.' And the soldier, reading the inscription at the head of the cross derided the dying God, saying: 'If thou be the king of the Jews, save thyself.' And yet again, the unrepentant malefactor by His side cried out, 'If thou be Christ, save thyself and us' (Luke 23:35–39). How literally did those railers and mockers quote the very words of their father the devil (see John 8:44)."

Despite the lofty temptations and the insidious “ifs” the tempter threw at the Son of God, Christ remained faithful. Christ was in a vulnerable, weakened state, having just fasted for 40 days. Nevertheless, this is yet another example from the life of Christ that shows that we can resist temptation with the help of the Father if we live worthy of the Spirit and keep our covenants. This crucial moment stands as another testament that “God is faithful, who will not suffer [us] to be tempted above that [we] are able” (1 Corinthians 10:13).

When the time was right, Christ called apostles to the sacred ministry. Many of those He called had followed Him, witnessed His miracles, and believed in His divine mission. The calling of the Twelve Apostles marked the beginning of an era in Christ's ministry, which consisted of an official governing body of men who held the priesthood of God and had the authority to act in His name.

The Lord’s purpose in calling the Twelve is described in the Gospel of Mark: “And he ordained twelve, that they should be with him, and that he might send them forth to preach, and to have power to heal sicknesses, and to cast out devils” (Mark 3: 14-15). Since we know the Lord works in patterns, this same design exists today in The Church of Jesus Christ of Latter-day Saints. It was crucial for the Savior to set up a quorum of special witnesses to travel the globe and testify of His life, mission and divinity—then and today.

Elder Talmage gives us a little insight as to what the word "apostle" means and why it's noteworthy:

“The title ‘Apostle’ is likewise one of special significance and sanctity; it has been given of God, and belongs only to those who have been called and ordained as ‘special witnesses of the name of Christ in all the world, thus differing from other officers in the Church in the duties of their calling’ (Doc. and Cov. 107:23). By derivation the word ‘apostle’ is the English equivalent of the Greek apostolos, indicating a messenger, an ambassador, or literally ‘one who is sent.’ It signifies that he who is rightly so called, speaks and acts not of himself, but as the representative of a higher power whence his commission issued; and in this sense the title is that of a servant, rather than that of a superior. Even the Christ, however, is called an Apostle with reference to His ministry in the flesh (Hebrews 3:1), and this appellation is justified by His repeated declaration that He came to earth to do not His own will but that of the Father by whom He was sent."

The Savior's Atonement first began at the Garden of Gethsemane, where Jesus, leaving the other apostles alone near the gate of the city, began to be overcome with sorrow and grief. These feelings were so intense that He “began to be sore amazed, and to be very heavy."

After sweating great drops of blood, praying fervently, and having an angel appear to strengthen Him, Christ was unjustly tried and eventually made His way to Calvary’s Hill to be crucified. After hanging on the cross and sacrificing Himself for the sins of the world, Christ proclaimed, “It is finished” and willingly gave His life. Because of this infinite and eternal sacrifice, we have the chance to be forgiven, advocated for, and empathized with.

"Luke, the only Gospel-writer who mentions sweat and blood in connection with our Lord’s agony in Gethsemane, states that 'his sweat was as it were great drops of blood falling down to the ground' (22:44). Many critical expositors deny that there was an actual extrusion of blood, on the grounds that the evangelist does not positively affirm it, and that the three apostles, who were the only human witnesses, could not have distinguished blood from sweat falling in drops, as they watched from a distance in the night, even if the moon, which at the passover season was full, had been unobscured. Modern scripture removes all doubt. See D&C 19:16–19, also 18:11. See further a specific prediction of the bloody sweat, Mosiah 3:7."

Elder Talmage also offers deeper understanding with this powerful explanation of the significance of Christ's death via crucifixion:

“[Crucifixion] was unanimously considered the most horrible form of death. Among the Romans also the degradation was a part of the infliction, and the punishment if applied to freeman was only used in the case of the vilest criminals. . . . The criminal carried his own cross, or at any rate a part of it. Hence, figuratively, to take, take up or bear one’s cross is to endure suffering, affliction, or shame, like a criminal on his way to the place of crucifixion (Matt. 10:38; 16:24; Luke 14:27, etc.). . . . Arrived at the place of execution, the sufferer was stripped naked, the dress being the perquisite of the soldiers (Matt. 27:35). The cross was then driven into the ground, so that the feet of the condemned were a foot or two above the earth, and he was lifted upon it; or else stretched upon it on the ground and then lifted with it. It was the custom to station soldiers to watch the cross, so as to prevent the removal of the sufferer while yet alive. This was necessary from the lingering character of the death, which sometimes did not supervene even for three days, and was at last the result of gradual benumbing and starvation. . . . In most cases the body was suffered to rot on the cross by the action of sun and rain, or to be devoured by birds and beasts. Sepulture was generally therefore forbidden; but in consequence of Deut. 21:22, 23, an express national exception was made in favor of the Jews (Matt. 27:58)."

Every Easter we have the chance to celebrate the momentous event of Christ's resurrection. Christ, after passing through the veil of death on the cross and spending some time in the spirit world, came back to earth and visited many individuals as a perfected, resurrected Being. He was the first to do so and showed to the world that our bodies and souls will become perfect once again in a coming day, never to be separated again.

Because of the resurrection of Jesus Christ, “the grave hath no victory, and the sting of death is swallowed up in Christ” (Mosiah 16:8). "The resurrection of Jesus Christ is attested by evidence more conclusive than that upon which rests our acceptance of historical events in general," said Talmage. "Yet the testimony of our Lord’s rising from the dead is not founded on written pages. To him who seeks in faith and sincerity shall be given an individual conviction which shall enable him to reverently confess as exclaimed the enlightened apostle of old: 'Thou art the Christ, the Son of the living God.' Jesus, who is God the Son, is not dead. 'I know that my Redeemer liveth' (Job 19:25)."

The resurrection, along with the Atonement of Jesus Christ, are the two most important and consequential events in the history of the world. We know that Jesus performed many great and wonderful miracles while on this earth. 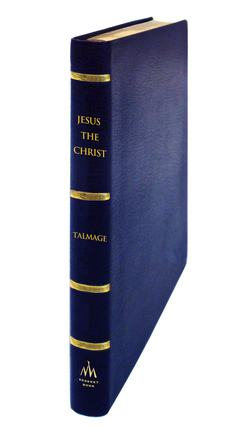 To learn more about Jesus Christ's miracles and life, read Elder James E. Talmage's pivotal and powerful work, Jesus the Christ. You can read it for free on ChurchofJesusChrist.org or get a beautiful leather-bound book to own for your home.

Since it was first published in September 1915, Jesus the Christ has been a classic text on the life and ministry of the Savior. Elder Marion G. Romney has said, “One who gets the understanding, the vision, and the spirit of the resurrected Lord through a careful study of the text Jesus the Christ by Elder James E. Talmage will find that he has greatly increased his moving faith in our glorified Redeemer.”