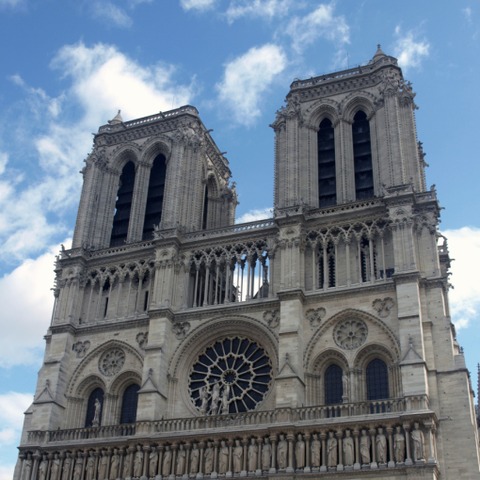 5 Things to Know about the Church in France

1. Members in France had to wait more than 150 years for a temple in their country.

These francophone followers of Christ have had to wait more than 150 years for a temple to grace their verdant hills, all the time watching as European countries around them received temples of their own. But finally, the wait is over now that a temple in Paris is underway. This temple in the Parisian suburb of Le Chesnay will be rather unique: instead of sky-scraping spires, it will be shorter and wider but more opulent, mirroring the architecture of the Palace of Versailles, which is only a few miles away.

2. French members are logical thinkers, and that's not necessarily a bad thing.

French members understand the fears of their non-member friends because after all, they’re French too. They are a logical, forthright, and independent people; they never wish to impose on anyone or seem overbearing. How is this helpful to the work, you might wonder? Well mon ami, it works both ways: if members can relate to non-members, then it’s easier for non-members to relate to members. In France, true understanding leads to true conversion.

“Because the members think so much before they speak about the Church,” says LeClerc, “sometimes it can appear that they are afraid to do missionary work. But that’s not always true. They understand non-members’ way of thinking—it’s very French and logical. So they try to talk about the gospel in a logical way that their fellow Frenchmen will understand and relate to.”

In many branches and wards in France, members often serve in more than one calling. Some may see that as a burden, but young Fabien LeClerc sees it as a blessing. “You will always be used in France,” LeClerc says. “Every member has a calling—some have two or three. This allows them to grow and learn spiritually.”

4. Fellow ward members in France soon become like family for one another.

These francophone members may be spread out all over the world, but their sense of solidarity is remarkable. As third- and fourth-generation members grow up in the Church, they are becoming a tight clan of friends—more like family—that help each other through the ups and downs of life.

As someone who grew up in the Church in Paris, Guillaume Collin knows about the bonds that keep fellow members close. “I think that because there aren’t a ton of members in the Church, the few members that we are, we get to know each other really, really well,” he says.

The apostle John Taylor was called to serve in France in 1849. Under his direction, the first congregation was created in April of 1850 at Boulogne-sur-Mer. It only had six members. Now there are 36,968 members in France!

Read more about the Church in France in our September/October 2013 issue, available here.