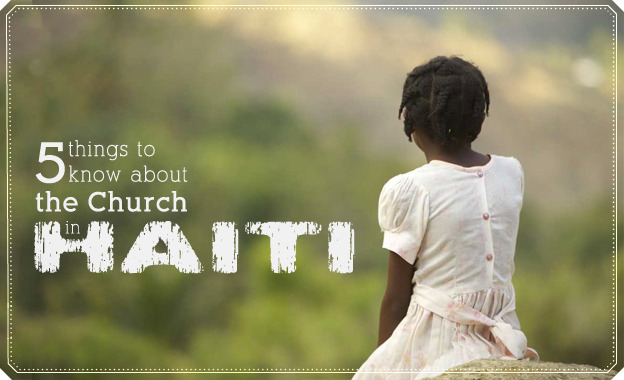 5 Things to Know about the Church in Haiti

1. The first Haitian member of the Church was converted after reading a Joseph Smith pamphlet.

A pair of missionaries at a Florida airport gave a Joseph Smith pamphlet and Book of Mormon to a Haitian who was passing through the terminal. That pamphlet made its way into the hands of Alexandre Mourra, who upon reading it, immediately wrote the mission home in Florida, asking to be baptized. In 1977, he traveled to the U.S. and returned as the first official Latter-day Saint in Haiti.

2. Haitian Saints love to sing, even though many of the early Saints had to learn hymns by ear.

“The saints in Haiti really love to sing,” Haitian-born Marc-Aurel Martial reveals. “They sing loud. I would say most of them don’t know how to read music.” His mother learned the hymns by hearing others sing early in the Church's history in Haiti, when hymnals and other church resrouces were not widely available. “But they like the words, they like the tune, and they sing as if they really mean it.”

The vast majority of Haitians--80%--are Catholic. With only 18,165 members in a nation of almost 10 million, Mormons in Haiti are still a very rare thing. But as pioneering Haitian Church member Fritzner Joseph says, "I have been living in Haiti for all my life. I grew up in Haiti, and I made progress living in Haiti. And I know that if the saints there can remain faithful, they will succeed."

4. The Church's quick response and ample aid following the earthquake has proven to be one of the biggest boons to the Church's visibility in Haiti.

The humanitarian assistance of the Church, which was on the ground before the Red Cross after the earthquake, has helped the Church come further out of obscurity in the tiny island nation. “Today in Haiti we have people who are not members who are willing to defend the church,” Joseph, “because they know who we are through the earthquake.”

5. Despite the physical and emotional damage that occurred in the 2010 earthquake, many members' testimonies were only strengthened by their experiences with the earthquake.

While the earthquake was a day of devastation, out of tragedies come stories of triumph. The Haitian people were beaten but not broken, and those Haitian Saints who experienced heartache at the hands of this natural disaster remain resilient.

“I had a very good experience that benefited me,” says Haiti native Dieudonne Martial, speaking of the earthquake. “With this earthquake, I was reminded that material things take second place. In the matter of a few seconds, the material possessions could disappear. That helped me to become more compassionate.”

Another member, Kesner Kella also found faith in the wake of the tragedy. “I realized that this must happen in order to strengthen our faith in the omnipotence of God.” Trusting in Him and relying on Him were both critical lessons that the Saints in Haiti learned through the earthquake. “The pain was terrible,” Kella readily admits, “but the Eternal Father has relieved us.”

Even Jimy Saint Louis, whose feet were permanently damaged from his time trapped under slabs of concrete, praises the Lord for the experience, which is now the foundation of his testimony. “God who made heaven and earth lives and listens our prayers constantly, no matter where we are and at any time, and gives answers.”

Read more about the Saints in Haiti in our January/February 2014 issue, available now.