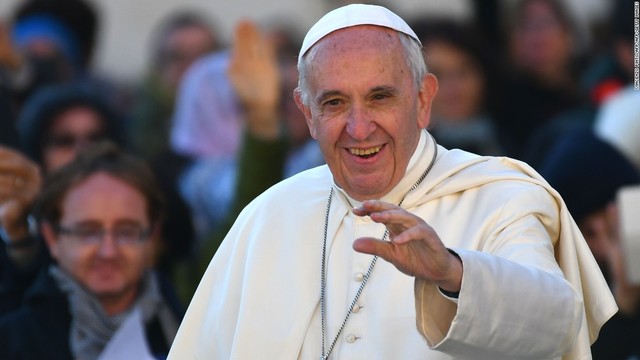 As fellow Christians, the LDS Church and the Catholic Church share a mutual belief in Christ and a strong desire to serve Him.

In fact, Mormon and Catholic charities sometimes partner for much-needed service work around the world and leaders from both religions have met on occasion, like President Nelson's recent meeting with the Archbishop of the Archdiocese of Tlalnepantla, His Eminence Cardinal Carlos Aguiar Retes.

And leaders from both religions have also shared uplifting messages of faith to others, promoting good works and striving to become more like Christ.

For example, as the 40-day period of fasting and repentance before Easter, known as Lent, begins, Pope Francis sent this wise counsel to Catholics Mormons can also learn from.

Fasting is not only about abstaining from food. It also means sharing food with those who are hungry. — Pope Francis (@Pontifex) March 3, 2017

Do not underestimate the value of example, for it is more powerful than a thousand words, a thousand “likes”, retweets or YouTube videos.

Do we have the moral courage to stand firm for our beliefs, even if by so doing we must stand alone?— Thomas S. Monson (@ThomasSMonson) March 20, 2015

Nothing of what a repentant sinner places before God’s mercy can be excluded from the embrace of his forgiveness. — Pope Francis (@Pontifex) December 19, 2016

It is not possible for you to sink lower than the infinite light of Christ’s Atonement shines. — Elder Holland Quotes (@JRHollandQuotes) March 22, 2016

When the journey is uncertain and you fall, God, rich in mercy, will extend his hand to pick you up. — Pope Francis (@Pontifex) February 27, 2017

Remember that we do not run alone in this great race of life; we are entitled to the help of the Lord.

The Christian heart is always full of joy. Always. Joy received as a gift and kept in order to be shared with everyone. — Pope Francis (@Pontifex) February 24, 2017

Joy is a gift for the faithful. It is the gift that comes from intentionally trying to live a righteous life, as taught by Jesus Christ. — Russell M. Nelson (@NelsonRussellM) December 23, 2016