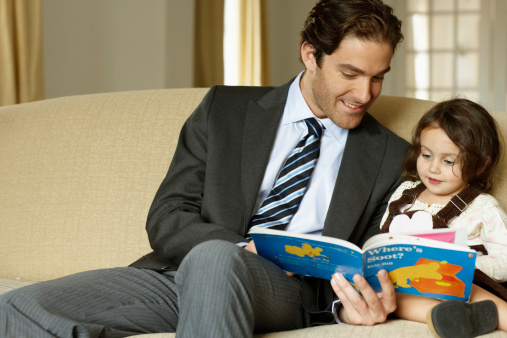 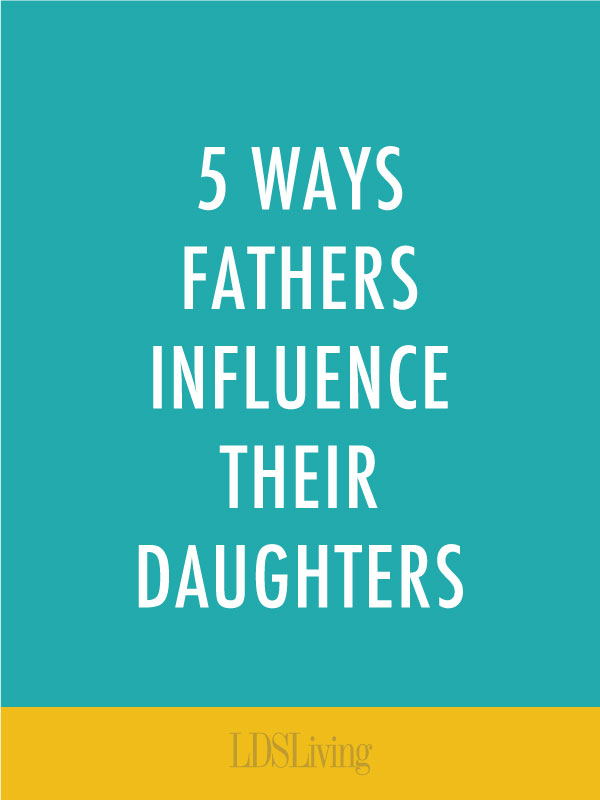 We’ve all seen them—the sitcoms and movies, even television commercials that portray fathers as inept creatures bumbling through family life. In a culture where dads are often portrayed as the dunces of the family, researchers are only beginning to scratch the surface of just how important their role in the family truly is.

Without question, fathers are a powerful influence on both sons and daughters—an influence that reaches well beyond the roles of provider and protector. And as new studies emerge, it’s becoming clearer just how deeply the father-daughter relationship can affect a woman throughout her life in a variety of ways. While it is certainly true that a righteous father's influence can never be calculated, especially when it comes to teaching principles of spirituality and truth, science has also explore five more areas where a father can have a strong influence on his daughters, including self-confidence, body image, education, career, and romantic relationships.

“Dads are very good at teaching girls to be more assertive,” explains Meeker. “They give their daughters a sense of strength and a huge amount of self-confidence. From a daughter’s perspective, Mom is usually the safe person who will love them no matter what. Dad’s love is a little more negotiable, so when she does feel she’s getting his attention, it gives her a great sense of confidence, which translates into feeling good about herself and feeling in control of her life.”

But because fathers wield a tremendous amount of influence, they should be mindful of their well-meaning attempts to instill confidence in their daughters. “If you comment on her beauty, athletic prowess, or academic achievement, she’ll focus on her ‘external self’ and worry about retaining your love through achievement and appearance,” cautions Meeker. “Your daughter wants you to admire her deep, intrinsic qualities. Focus on her character and her worth. Compliment her on her ability to be a good listener or a caring friend, her courage, and her integrity.”

Research has proven that fathers who are involved in their daughters’ lives can play a pivotal role in preventing eating disorders such as anorexia and bulimia. Daughters who feel a stronger emotional connection to their fathers are less likely to be depressed or have an eating disorder. In one such study, published in Perspectives in Psychiatric Care, all of the anorexia patients’ fathers had become less accessible during their adolescence.

Studies also show that girls recovered from eating disorders more quickly if their fathers were involved in their recovery. In fact, Meeker says one of the primary treatments for girls with eating disorders is spending time with their dads. “Spending enjoyable time together teaches father and daughter that beneath her illness—and the misbehavior it can cause—she is still a girl to be loved, and that’s the first big step toward her recovery.”

Another government study concluded that girls with involved fathers are twice as likely to stay in school. And those with fathers who are actively involved in their lives have higher quantitative and verbal skills, as well as higher intellectual functioning.

Lisa, a 40-year-old vice president of marketing and communications for an international financial institution, credits her father for much of her academic and professional success. “My dad was the one who always told me I could be whatever I wanted to be,” she recalls. “He’s the reason I earned a full-ride scholarship to college. And he’s the one who encouraged me to go for my dream job in a highly competitive field—a job that I wouldn’t have gotten otherwise.”

A Mormon woman, Lisa hoped to be married and start a family years ago, but since the opportunity hasn’t come, she finds herself pursuing her career and turning to her father for advice—something her mother, a stay-at-home mom, doesn’t have experience with. In fact, as women both in and out of the LDS Church marry later—or sometimes not at all—or return to the workforce out of necessity, it creates a new opportunity for fathers and their adult daughters to bond.

In an article published by PsychologyToday in 2011, Dr. Peggy Drexler, author of Our Fathers, Ourselves, observed: “The conveyor that once reliably delivered daughters from the protection of a father to the protection of a husband is not reliable. . . . As a result, fathers who might have once defined their role as helping daughters prepare to be good wives now see it as preparing them to make and manage money, compete for jobs, handle relationships, be tough.”

She continued, “We are entering an awkward stage where a generation of stay-at-home mothers must find ways to relate to career-minded daughters, who by shared experience alone may gravitate to dad.”

“It’s uncomfortable for most dads when their daughters start to become women,” acknowledges Dr. Jonathan Swinton, a marriage and family therapist. “Dads become more hands off, with the exception of the protector role, and it changes the nature of the relationship with their daughters—they’re not as close emotionally.”

But distancing themselves emotionally is a huge mistake, warns Meeker. “That’s the time when daughters need their dads more than ever. Fathers need to talk to their girls about uncomfortable subjects like sex and dating because they can have a huge influence on their daughters’ behavior.”

A study published in 2010 in The American Journal of Family Therapy supports Meeker’s assertion. It states: “Girls’ interactions with their fathers during their formative years may be important predictors of their later intimate and sexual interactions with male peers. . . . Adolescent daughters who perceive less communication with and attachment to fathers report more frequent sexual behavior. . . . Girls deprived of closeness are likely to seek substitute male affection through interactions with male peers. . . . More specifically, paternal responsiveness may predict greater self-worth. . . . In turn, to the degree that daughters have strong self-worth, [they] may successfully refuse unwanted heterosexual activity.”

Meeker recommends that fathers take their daughters on “mini dates,” or daddy-daughter dates, as they are more commonly known among Latter-day Saints. “Take her to dinner and spend one-on-one time with her so she becomes comfortable being a woman in a social setting. You can show her how she can expect to be treated.”

Above all else, be the kind of man you want your daughter to marry. “Women gravitate to what is familiar,” says Meeker. “How you treat your daughter and your wife is how she will expect to be treated by her spouse.”

For help how to become the best father or daughters you can be, check out these titles for guidance and counsel.

Daddy Dates: The Road Map for Any Dad to Raise a Strong and Confident Daughter
By Greg Wright

When faced with the reality of raising four (4!) teen daughters, Greg Wright went on a soul quest. He came back with a mission: Don’t Screw Up.

This funny, insightful, and relatable book poses the wildly original concept that should be a “duh” for most dads — but isn’t: In order to raise a confident woman-to-be, show your daughter what it feels like to be treated with love, respect, and true interest by a man who loves her.

Daddy Dates shows the average father how to actually do that. It is written in an original voice and will appeal to both men and women. It is the kind of action-oriented “how to” material that guys enjoy, and so many others will recommend to other dads.

Become the Dad Your Daughter Needs
By Rick Johnson, bestelling author of That's My Son

A father models for his daughter how women should be treated, how men should act, and how a man shows healthy love and affection toward a woman. And, perhaps most importantly, he sets the standard for how his daughter feels she deserves to be treated by men. Rick Johnson shows men how to develop the close relationships with their daughters that they both need and crave.