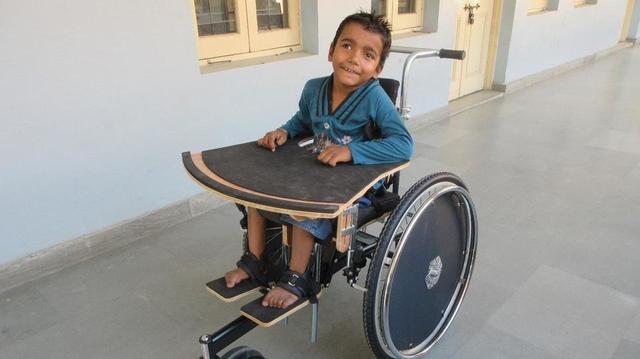 Newsroom features stories from its 80 international Newsroom websites as well as from those in the United States to share what members and leaders of The Church of Jesus Christ of Latter-day Saints are doing to better serve their communities throughout the world.

Latter-day Saint Charities, the humanitarian arm of The Church of Jesus Christ of Latter-day Saints, has partnered with Motivation India to provide wheelchairs, training, and support in various locations throughout the country.

More information on this project is on the India newsroom website.

Homes, businesses, and streets in Southeast Texas were inundated with flooding after Tropical Storm Imelda stalled near the coast in mid-September. Five deaths were reported, and many residents have lost everything including their homes and cars.

Less than a week after the storm hit, Helping Hands volunteers, who are mostly members of The Church of Jesus Christ of Latter-day Saints, quickly organized to clean up and repair. They hauled out damaged items and debris from homes while others were inside homes fixing walls, floors, siding and tending to other damages. Former Houston Temple president Marshall Hayes quietly spent his 74th birthday on Sunday, September 22, serving storm victims.

There’s more to this story on the newsroom website.

Widows in a section of La Estaca Barcelona in Venezuela were served by local Latter-day Saints. The project was aimed at bringing relief to the widows.

Members of the Church cleaned the widows' homes, prepared food and shared quality time with them, an important thing in the lives of these women, due to the hard times they have experienced.

Go to the Venezuela newsroom website (Spanish) to learn why Latter-day Saints serve.

4. USA: A Decade of Interfaith Friendship and Service

A piece of the Druid Hill area in Baltimore, Maryland, just became brighter, thanks to a uniting of faiths and communities in early September. Members of several faith groups came together with shovels, brooms, and willing hearts and hands to serve and make a difference in the community.

Adults and children alike were out clearing trash and debris from the streets and planting flowers. Erin Wilson, Baltimore Stake director of Public Affairs for The Church of Jesus Christ of Latter-day Saints said, “A clean and beautiful environment inspires hope and pride within oneself and community.”

Read more about the historical relationship between faiths on the newsroom website.

The Church of Jesus Christ of Latter-day Saints’ humanitarian organization, Latter-day Saint Charities, has partnered with Pacific Assist, a charity based in Australia and New Zealand to provide school furniture and supplies.

Chanel College on Tonga's Ofu Island received 84 school desks and chairs, computer lab chairs, tables, library books, and other school supplies. Ofu is a small island near the main island of Vava’u in the Kingdom of Tonga.

Read more about the partnership on the Pacific newsroom website.