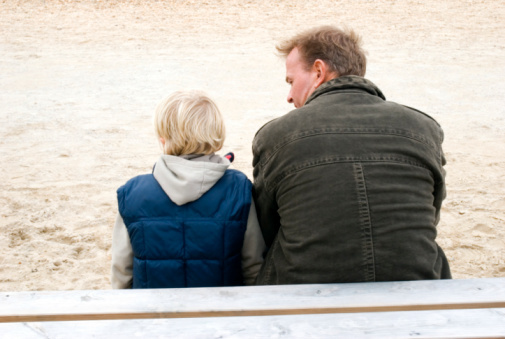 6 Things Every Latter-day Saint with Divorced Parents Should Understand

I remember the night I first learned my parents were getting divorced as if it were yesterday. It was my final winter semester at BYU, and I was in the process of figuring out where I would end up for graduate school the next fall. The news about my parents was as devastating as it was surprising. In more ways than I can now describe, it was the night the whole world felt like it came crashing down on me. Of course, I had friends both inside and outside the Church whose parents were divorced; I just hadn’t ever imagined it could happen to my family.

During the nearly 12 years since my parents’ divorce was finalized, I have reflected a lot on the painful realities of divorce—especially for LDS families. The phrase, “I thought families were supposed to be forever” frequently ran through my mind during the months leading up to and following my parents’ divorce.

Throughout this experience, I have felt the truth of what modern prophets have repeatedly taught us: our most difficult trials can become our most powerful teachers—if we let them. Here are six truths I learned after my parents’ divorce that I hope every Latter-day Saint with divorced parents understands:

1. With the Savior in Your Life, Hope Is Never Lost

When my parents first separated, I was still a young single adult. As I thought about my parents and the implications of what they were doing, I found myself feeling pretty hopeless about my family. Yet right in the middle of that difficult time, the Lord brought an amazing, beautiful girl into my life who seemed to easily recognize that I was not responsible for my parents’ choices and who eventually took a chance on marrying me.

I witnessed the truth of what Elder Holland would later teach in general conference: “Believe in miracles. I have seen so many of them come when every other indication would say that hope was lost. Hope is never lost” (Elder Jeffrey R. Holland, “Like a Broken Vessel,” October 2013 general conference, emphasis in original).

2. Your Parents’ Divorce Was Not Your Fault

Children with divorced parents often worry that they were somehow responsible for their parents’ divorce. The truth is divorce is never a child’s fault. Please know that just as you didn’t cause your parents’ divorce, it also wasn’t your responsibility to somehow save their marriage. You can have the peaceful assurance that the Lord will do all He can to restore happiness to the members of your family. Every blessing available to families in time or eternity can be yours, as you faithfully live the gospel and seek to eventually establish your own eternal family.

3. It Is a Myth That Your Own Marriage Will Unavoidably Have the Same Fate As Your Parents’ Marriage

Another common anxiety for children with divorced parents is that their own marriage is one day doomed to the same fate. This is another falsehood. Even if your parents did not model the perfect marriage for you in your home—whose parents do?—the scriptures, the teachings of the living prophets, and the Holy Ghost provide all of us with the knowledge and wisdom we need to have a fantastic marriage.

If anything, seeing firsthand the sadness and heartache caused by my parents’ divorce made me even more determined to ensure my own marriage does not end the same way. Next month, my wife and I will celebrate 12 years of marriage. I didn’t think our marriage could be any better than it was when it first started, but as we keep our covenants and live the gospel, it just keeps getting better.

4. If You Want Your Marriage to Last Forever, You Must Treat It Differently

Four weeks after my wife and I were married in the Salt Lake Temple, Elder F. Burton Howard of the Seventy gave a remarkable talk in general conference titled, simply, “Eternal Marriage." In his talk, Elder Howard compared the way we should each safeguard our marriages to the way his wife lovingly cared for a prized set of beautiful silverware:

“If you want something to last forever, you treat it differently. You shield it and protect it. You never abuse it. You don’t expose it to the elements. You don’t make it common or ordinary. If it ever becomes tarnished, you lovingly polish it until it gleams like new. It becomes special because you have made it so, and it grows more beautiful and precious as time goes by” (Elder F. Burton Howard, “Eternal Marriage,” April 2003 general conference, emphasis in original).

His talk was a tender mercy for my wife and me, as a newlywed couple. What Elder Howard taught is true and timeless and applies to every married couple striving for a celestial marriage.

5. Forgiveness Is Most Important When It’s Hardest to Do

The disappointment and the damaged dreams that accompany divorce can sometimes result in resentment or anger toward one or both parents. I felt some of that myself. Although I never intended to purposefully withhold forgiveness from one of my parents, I was simply unable to figure out how to fully forgive. The relatively superficial understanding I had of forgiveness was tested like never before.

Through that experience and during the years that followed, I have gained a deeper appreciation for the Savior’s Atonement as the key that makes true forgiveness possible for all of us. When forgiving another person seems hardest to do, this is precisely when forgiveness is most important. Through the infinite Atonement of the Lord Jesus Christ, I know we can each find the power and love required to forgive.

Not long after my parents’ divorce, my wife and I were living in Texas while I attended graduate school. On one occasion, Elder David A. Bednar visited our stake and gave a fireside presentation for the youth. At one point in his talk, Elder Bednar spoke directly to any youth in the congregation who he said might feel like they came from less-than-ideal family circumstances. Regardless of the challenges or difficulties these youth faced in their current family situations, Elder Bednar promised them that the family ideals and traditions for which they yearned could one day be theirs if they continued to faithfully live the gospel and eventually married in the temple and started a family of their own.

“It can begin with you,” was the beautiful promise Elder Bednar spoke that day; it is the promise I have seen fulfilled in my own marriage. The gospel of Jesus Christ is a gospel of new beginnings. As we come unto Christ and rely on Him, we can each chart a course for our families that will bring happiness and joy to our marriages now and in eternity.

Nate Sharp is an associate professor in the Mays Business School at Texas A&M University and currently serves as bishop of the College Station 3rd ward of The Church of Jesus Christ of Latter-day Saints. He grew up in Holladay, Utah, served a full-time mission for the Church in the Korea Seoul West mission from 1996-1998, and later graduated from Brigham Young University and the University of Texas at Austin. He married Holly Carroll in 2003, and they are the proud parents of five beautiful children.

Makes You Think Parenting Children Family Divorce Family ParentingParenting,Children,Family,Divorce,Family,Parenting,Makes You Think
Comments and feedback can be sent to feedback@ldsliving.com