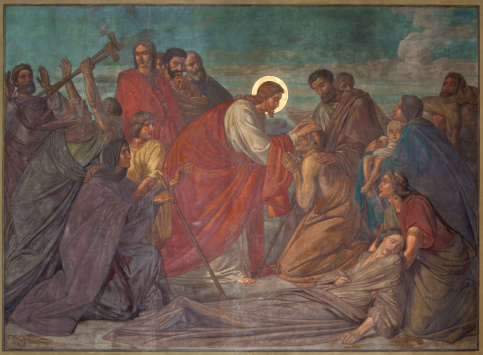 6 Things You Never Knew About the New Testament

1. Matthew and John were not eyewitnesses to all the events they wrote about.

There may be some who assume that Matthew, Mark, Luke, and John simply wrote down what they saw as they accompanied the Savior throughout His mortal ministry.  Certainly apostles like Matthew and John were eyewitnesses for some of the events of the ministry of Christ.  But some events they record these apostles never saw for themselves.

For example, it is not likely that Matthew was present at the birth of the Savior (Matthew 1-2) nor the events of the Savior’s ministry before his own call to be an apostle (Matthew 9:9).  Similarly, it is not likely that John was present when Jesus spoke with Nicodemus (John 2) or the Samaritan Woman (John 4).  It is possible, if not likely, that there are other events in the Gospels of Matthew and John for which those apostles were not eyewitnesses.

2. Mark and Luke were not eyewitnesses to the mortal ministry of the Savior.

Luke tells us that when he compiled his Gospel, he received his information “even as they delivered them unto us, which from the beginning were eyewitnesses and ministers of the word” (Luke 1:2).  The King James Version translation of this verse can be misleading.  At first glance, it may sound like Luke is saying he was an eyewitness who received information from others.  But that does not make much sense.  If Luke was an eyewitness, why would he need to receive his information from others?

A better translation of the Greek in Luke 1:2 would be that Luke received his information “even as they, who from the beginning were eyewitnesses and ministers of the word, delivered them unto us.”  In other words, Luke is not claiming to be an eyewitness himself, but rather to have received his information from eyewitnesses.  Early Christian tradition confirms that Luke himself was not an eyewitness of the mortal ministry of the Lord.  An early Christian canon list called the Muratorian Canon (c. 2nd century A.D.) says concerning Luke: “Neither did he himself see the Lord in the flesh.” After the mortal ministry of Christ, Luke became a missionary companion of Paul (see Colossians 4:14 and 2 Timothy 4:11), and eventually wrote the Gospel of Luke.

In addition, it appears that Mark was not an eyewitness of the Savior’s mortal life.  This Mark is traditionally understood to be the same “John Mark” who became a missionary companion of Paul and Barnabas (see Acts 12:25). An early Christian writer by the name of Papias (c. 2nd century A.D.) explains that after his missionary experiences with Paul and Barnabas, Mark eventually became a companion of the chief apostle Peter in Rome.  Papias further says that Mark wrote down all that Peter recalled of the mortal ministry of the Savior, because Mark himself was not an eyewitness of these events.

If the Gospel writers were not eye-witnesses to all the events they wrote about, then how did they receive information to compose their Gospels?  There is evidence that they relied upon other source material, including previously written Gospel accounts as well as oral information from eye-witnesses and others.

The Gospel of Luke gives us the most explicit information about this process.  At the beginning of his Gospel, Luke tells us that “many have taken in hand to set forth in order a declaration of those things which are most surely believed among us” (Luke 1:1).  In other words, Luke is aware of many previously written Gospels (they have taken a writing utensil “in hand” to write things down) that narrate what Christians believed about Jesus Christ.

Luke does not tell us what these previously written Gospels were, or who wrote them, but the implication is that he knows them and is using the information they contain as he writes his own Gospel.  Most scholars conclude that Luke used a copy of the Gospel of Mark, and possibly other written Gospels that have not survived to today.

There is evidence that other Gospel writers also relied upon previously written material.  For example, when the Gospel of Matthew narrates the birth of Jesus (which Matthew himself would not have been present to witness), the Joseph Smith Translation says: “Now as it is written, the birth of Jesus Christ was on this wise…” (JST Matthew 1:18, italics are the JST addition).  This seems to indicate that there already existed a written account of the birth of the Savior even before the Gospel of Matthew was composed.

It is evident that the first part of the Gospel of John came from a previously written source.  Both John 1 and D&C 93 describe Christ as the Word and state that John bore record of the Savior (John 1:15 and D&C 93:6).  But D&C 93 quotes directly from a first-hand account (“I John…” in D&C 93:11-12,15-16) and concludes: “If you are faithful you shall receive the fullness of the record of John” (D&C 93:18).  What is “the record of John” referred to here? This seems to be a reference to a written record of John the Baptist.

D&C 93:15 declares: “I, John, bear record, and lo, the heavens were opened, and the Holy Ghost descended upon him in the form of a dove, and sat upon him.” One might assume that this John is the apostle of the Lord after whom the Gospel of John is named.  But John 1:32 declares, in virtually the same language as D&C 93:15, “John bare record, saying, I saw the Spirit descending from heaven like a dove, and it abode upon him.”  This is John the Baptist who baptized the Savior (compare John 1:26).  Thus the first part of the Gospel of John (the Apostle) comes from a previously written source, “the record of John” (D&C 93:18)—the Baptist.

6. The process by which the Gospels were written was also used to compile the Book of Mormon.

Some people assume that the information in the Gospels was simply given by God through revelation to each Gospel writer.  This is certainly possible.  But the idea that Gospel writers were not eyewitnesses to all the events they narrated and that they used previously written sources, should not surprise anyone, especially when compared to what we know concerning the compilation of the Book of Mormon.

The chief compiler of our “Keystone” scripture, the prophet Mormon, was not an eyewitness for most of the events that he narrates.  Mormon says on many occasions that he is relying upon previously written material, including the Small Plates of Nephi and the Large Plates of Nephi (see, for example, Word of Mormon 1:6-9).  Nephi also used past records—those of his father—when composing the beginning of his own account (1 Nephi 1:17).

The use of previously written sources does not exclude inspiration and revelation.  Rather, it enhances our understanding that God works through inspired individuals to bring forth his scriptures as they carefully choose which material to include.  Both Mormon and Nephi testify that they were inspired in the process of compiling and composing these holy records (see, for example, 1 Nephi 6:3-6 and Words of Mormon 1:3-8).

The Book of Mormon, therefore, serves as a pattern for us to better understand and appreciate the process by which other scripture, including the New Testament Gospels came to be.  As the Gospel of John testifies: “Many other signs truly did Jesus in the presence of his disciples, which are not written in this book.  But these are written, that ye might believe that Jesus is the Christ, the Son of God; and that believing ye might have life through his name” (John 20:30-31).

Frank F. Judd, Jr. is an Associate Professor in the Department of Ancient Scripture at BYU.  He has a PhD in New Testament Studies from the University of North Carolina and is the author of The Essential New Testament Companion.