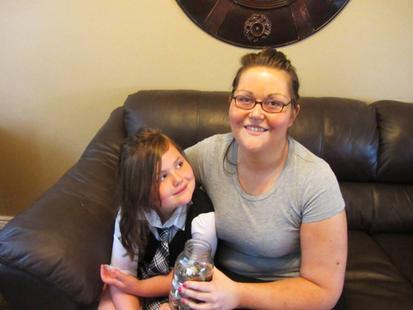 Many who are 6 years old and a kindergartner likely dream of going to Disneyland, ride all the cool rides and have your picture taken with the Disney characters. To go, they try to save all of your pennies, dimes and quarters.

Eden Hillyer from Stirling, Alberta, Canada, is one of the young girls with the Disneyland dream. But something happened along the way that changed her mind.

Eden’s mother, Marianne, a single mother, had been very sick and spent several days in the hospital and then another week at her parents’ home. Finally, it was time to go home. They didn’t arrive until around 11 p.m., and they were all very hungry. Eden and her 4-year-old sister, Grace, began to scavenge through the cupboards, but they could find only white bread to make sandwiches. Eden’s favorite bread, “seedy bread,” a multi-grained bread made by a neighbor, was not found anywhere in the house.