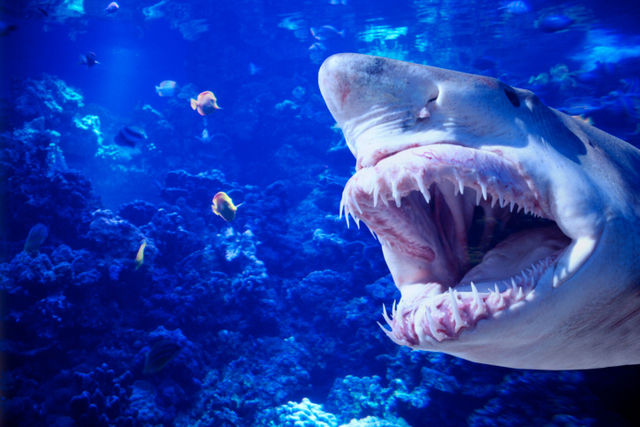 A 6-year-old Mormon girl who was attacked by a shark last week near Ocracoke, N.C., is sharing her story with the media.

Lucy Mangum was playing on a boogie board in shallow water on July 19 when the shark approached around 5 p.m. She tried to swim away, but the shark grabbed Lucy's right leg and foot, leaving two deep bite marks and exposing tendons and muscle, according to WRAL-TV5, a Raleigh, N.C., television station.

Jordan Mangum, Lucy's mother and a BYU graduate from Provo, heard Lucy scream and pulled her from the water. Her husband, an emergency room physician, wrapped their daughter's leg in a T-shirt. Lucy was calm, her parents told the TV station, but still had questions: "Am I going to die? Am I going to walk? Am I going to have a wheelchair?"