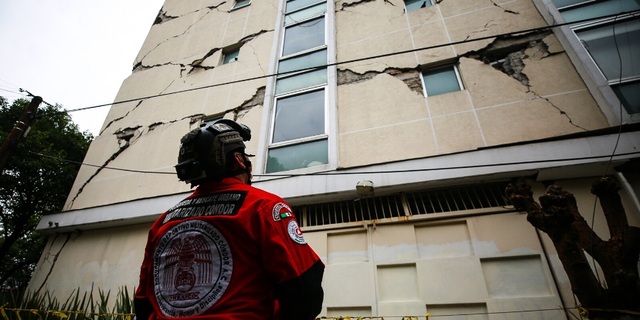 A 7.4 magnitude earthquake shook Mexico’s Pacific Coast on Tuesday morning, taking the lives of at least six and leaving significant damage in its wake. However, Church News reports that according to spokesman Daniel Woodruff, all full-time missionaries serving in the impacted areas “are safe and accounted for.” Damages suffered by members or to Church-owned properties are still being assessed, the most serious of which seem to be being reported near the epicenter in Oaxaca.

Nearly three years ago, a pair of earthquakes, including one of a 8.2 magnitude, devastated the same part of Mexico. The quakes, which happened in September 2017, claimed the lives of hundreds, including three Latter-day Saints.

Lead Image: MEXICO CITY, MEXICO - JUNE 23: An urban search and rescue rescuer looks a damage bulding since the 2017 earthquake on June 23, 2020 in Mexico City, Mexico. According to the National Seismological Service a 7.5 magnitude earthquake was registered on Tuesday in Mexico City and in various areas of the country. (Photo by Manuel Velasquez/Getty Images)