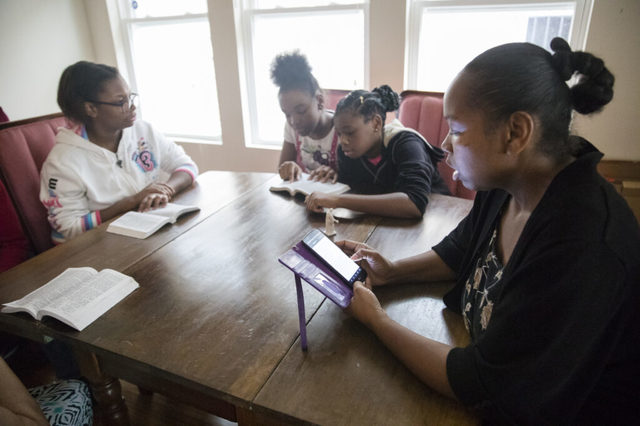 With Come, Follow Me entering into its second year of study, members of The Church of Jesus Christ of Latter-day Saints can find new study material and resources to aid in their Book of Mormon study.

In the appendix a list of “Suggested Music for Families” includes a song from the Children’s Songbook or a Hymn that coordinates with the lesson. For example, with the study of 2 Nephi 31-33 which contains the Doctrine of Christ, the appendix suggests the song, “When I Am Baptized.”

Over the last several months, the Church has released new Book of Mormon videos that detail the accounts contained in the Book of Mormon. Brother Milton Camargo, first counselor in the Sunday School general presidency, told Church News the videos “will help many families to see the Book of Mormon was a reality.”

The introductory materials section has been expanded to include prophetic promises. “Latter-day prophets have made promises about the power of the Book of Mormon since The Church of Jesus Christ of Latter-day Saints was restored,” the section reads. “Ponder the following statements, and review them regularly. Which of these blessings would you like to receive? As you read the Book of Mormon, consider recording and sharing with others how these promises are fulfilled in your life.”

Recognizing the Witness of the Spirit

Truths Taught in the Book of Mormon

Also in the appendix, a section called “Plain and Precious Truths” details the teachings of the Book of Mormon.

“The Book of Mormon reveals eternal truths that were lost during the Apostasy and adds a second, clarifying witness to many truths taught in the Bible,” the section reads.

The section lists out topics like the Plan of Salvation, prophets and revelation, priesthood, marriage and family, and more. Scriptures accompany each topic.

Background on the Three Witnesses

The appendix also includes additional information on the Three Witnesses, Oliver Cowdery, David Whitmer and Martin Harris. The section includes powerful statements of their testimonies of the truthfulness of the Book of Mormon.

Additional Tips to Improve Your Come, Follow Me Study

The Sunday School general presidency shared additional tips for using Come, Follow Me to make 2020 a year of powerful study with Church News.

REAT THE REST OF THE STORY AT Church News.