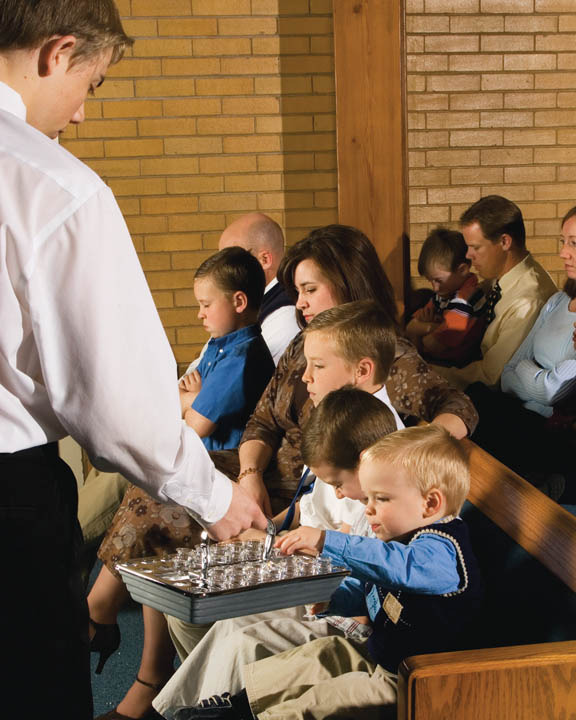 Sometimes it’s the bishop, a new deacon, a mom, or a child with no volume control. Either way, everyone has or knows a funny story about something that happened in sacrament meeting. We asked members to tell us about some funny stories that have happened during sacrament meeting and these are the funny moments people shared with us.

1. The Refreshing Taste of Repentance

Yep! That hits the spot.

In 1999 I reactivated into a small branch with a small chapel that doubled as a carpeted multipurpose room. There was a visiting family that would be speaking in sacrament meeting that had traveled an hour and a half to get to our meeting house.

During the passing of the water, the four-year-old in the family very solemnly took the cup of water and drank it. Then he put the cup back and let out a very loud very satisfied AAAHHHHH! and wiped his mouth with the back of his hand. The entire congregation of 60 or more people burst out laughing, including the branch presidency.

As he held it in his hand, an idea came into his mind when he looked at his little sister.

I had just been called as bishop and had four children ages ten, eight, six, and four.

One Sunday during the sacrament the six-year-old, our only boy, was playing with a stick pin he wore on his little suit coat each Sunday. While playing with it, he decided it would be a good idea to poke his four year old sister. So, he jabbed it into the leg of the four-year-old right as the water tray was being passed over her. Water Tray, cups and all, went flying into the air.