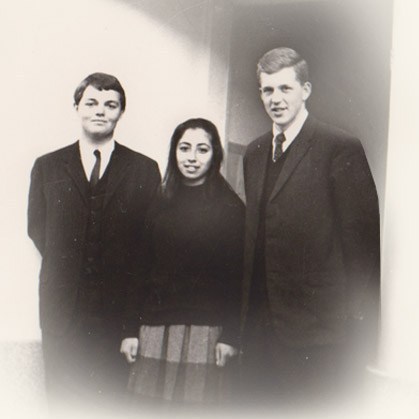 9 Lessons from D. Todd Christofferson's Life Before He Was an Apostle

D. Todd Christofferson serves as an apostle in the Quorum of the Twelve for the Church of Jesus Christ of Latter-day Saints. But did you know that he was the law clerk to John J. Sirica at the time this federal judge presided over the Watergate trials? (“D. Todd Christofferson”). In this biography of D. Todd Chrisofferson, read about his early years and the influence prayer has had in his life.

When Todd was only 5 or 6 years old, he lived near a grocery store. One day, he walked over to the store with two other boys. They went to the candy section and stared at the delicious chocolate bars. Then, one of the boys pilfered a bar, shoving it in his pocket. He told the others to do the same, and after some hesitation, they did.

Todd found a hiding place at home to eat his smuggled candy, however, the evidence of chocolate on his face declared the nature of his crime to his mother. She walked him back to the grocery store; young Todd sobbed the whole way and “was sure I was facing life imprisonment.” He apologized to the owner and gave him a dime loaned from his mother. D. Todd Christofferson later said, “My mother’s love and discipline put an abrupt and early end to my life of crime.” (General Conference talk “Moral Discipline”).