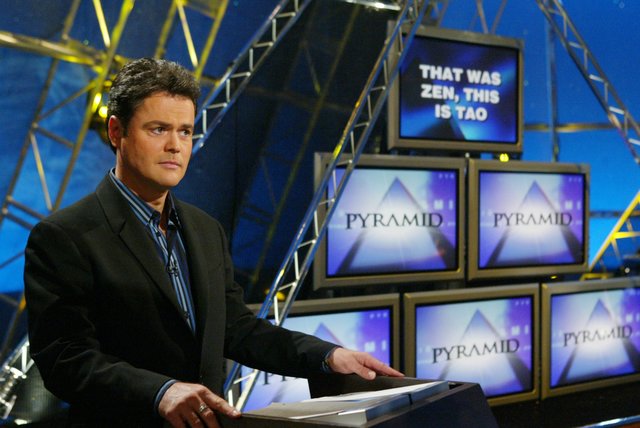 Donny Osmond returned again to host a celebrity game show called Pyramid. Originally appearing on TV in 1973, Pyramid was hosted by celebrities like Dick Clark and Bill Cullen. When Donny became the host in a revamped version of the popular game show in 2002, many viewers started referring to the show as Donnymid.

In Donny's version of Pyramid, the show experienced criticism for unpopular rule changes, the celebrity guests, and poor writing. However, Donny brought his usual character and energy to the show and was able to keep it alive until 2004.

Although many have attempted to revive Pyramid since then, Donny has not revisited his role as host. Instead, he and his sister Marie Osmond introduced a live Donny & Marie show in Las Vegas in 2008.