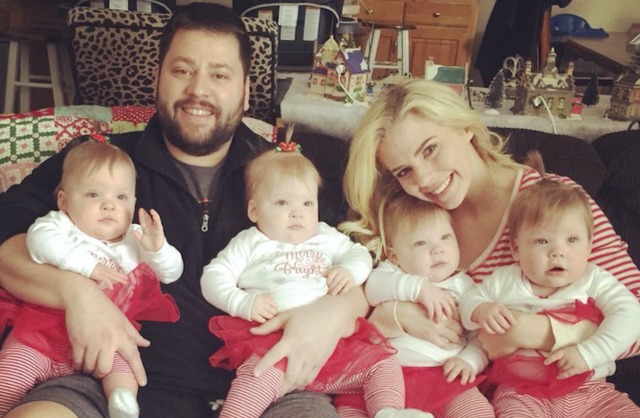 The family of Ashley and Tyson Gardner is often referred to as the "Gardner Quad Squad." The Gardners initially struggled with infertility before finding out they were expecting. They soon found out, however, that instead of expecting one baby, they were expecting four—two sets of identical twin girls.

After sharing their story, TLC featured the Gardners on a new TV show called Rattled, which follows four couples dealing with the challenges of being new parents. Excited to share their journey with viewers, the Gardners face the physical and emotional demands of raising four newborns.

Since the premiere in February 2016, Tyson and Ashley have four healthy baby girls—Indie Mae, Esme Jane, Scarlett Elizabeth, and Evangeline Faith. Rattled continues to follow the Gardner family as they face their first year as new parents.