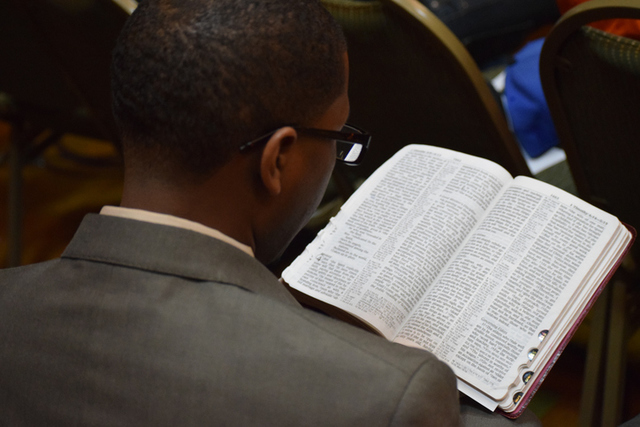 A Black Mormon Man's Thoughts on Race, Priesthood, and the Church's Essay

In December of the same year, the Church released the first in a series of essays designed to clarify the information around several difficult topics for members regarding Church history. Simply titled, “Race and the Priesthood,” the essay sent a shockwave throughout the black LDS community. Here, in print, for the first time, on lds.org, were several concepts that many of us had arrived at through independent study and much prayer. In my personal opinion, one of the most important things that was present within this essay was the acknowledgment of the existence of multiple African American Latter-day Saint pioneers. Chief among these was Elijah Abel, who was a priesthood holder:

"During the first two decades of the Church’s existence, a few black men were ordained to the priesthood. One of these men, Elijah Abel, also participated in temple ceremonies in Kirtland, Ohio, and was later baptized as proxy for deceased relatives in Nauvoo, Illinois. There is no reliable evidence that any black men were denied the priesthood during Joseph Smith’s lifetime. In a private Church council three years after Joseph Smith’s death, Brigham Young praised Q. Walker Lewis, a black man who had been ordained to the priesthood, saying, 'We have one of the best Elders, an African'" (lds.org, Gospel Topics, Race and the Priesthood, paragraph four).

I had never before seen an official LDS Church publication acknowledging the existence of these brethren, much less a full acknowledgment of their priesthood, and in the case of Abel, the participation in temple ordinances. Here was more proof that the initial creed of the LDS Church did not prohibit priesthood or temple blessings based upon ancestry. In fact, this early practice, along with the fact that no evidence exists of the practice of denying the priesthood or temple blessings to members of African descent prior to 1852, leads me to reliably conclude that there is no doctrinal basis for excluding black men and women, and by extension, black families and extended families, from priesthood and temple blessings. 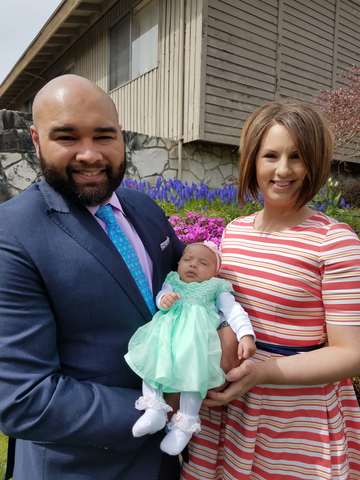 The essay then goes on to state that, “Over time, Church leaders and members advanced many theories to explain the priesthood and temple restrictions. None of these explanations is accepted today as the official doctrine of the Church” (paragraph five). Similar to what I was told by my mother growing up, there is no accepted explanation for the priesthood ban that was advanced at any point prior to 1978. This includes the oft-repeated quote from Brigham Young that the Negro had not yet had his time to receive the fullness of the blessings of the gospel in his 1852 "Speech given in Joint Session of the Utah Legislature," included in Fred Collier's The Teachings of the Prophet Brigham Young. To many, this statement is the basis of the priesthood and temple restriction. This statement by Brigham Young is also contradicted by the earlier practice of ordination of black men to the priesthood and the participation of Elijah Abel in the temple in Kirtland and Nauvoo. Furthermore, paragraph 17 states, “Today, the Church disavows the theories advanced in the past that black skin is a sign of divine disfavor or curse, or that it reflects unrighteous actions in a premortal life; that mixed-race marriages are a sin; or that blacks or people of any other race or ethnicity are inferior in any way to anyone else. Church leaders today unequivocally condemn all racism, past and present, in any form.”

These statements lead me to believe that when President Uchtdorf said that leaders of the Church made mistakes, or that things that were said or done were not in harmony with our values, principles, or doctrine, for me he was referring to those statements that would be made between 1852 and 1978 in support of denying these blessings. It makes no difference to list such things here, for Bruce R. McConkie said following the 1978 restoration of the priesthood and temple blessings to members of African descent, “Forget everything that I have said, or what President Brigham Young or President George Q. Cannon or whoever has said in days past that is contrary to the present revelation. We spoke with a limited understanding and without the light and knowledge that now has come into the world. . . . . We have now added a new flood of intelligence and light on this particular subject, and it erases all the darkness and all the views and all the thoughts of the past. They don't matter anymore.”

Statements attempting to explain the priesthood ban are irrelevant to my point, as they have been proven to conflict with both scripture and modern revelation on the subject. However, they are relevant to our understanding of the context of the environment which gave rise to the priesthood and temple restriction. For anyone curious to learn the history of Mormon racialization and the genesis of the priesthood and temple restriction, I would recommend reading University of Utah historian W. Paul Reeve’s excellent book, Religion of a Different Color: Race and the Mormon Struggle for Whiteness.

Despite the fact that the Church has made these wonderful resources available for us in our journey of faith, they remain woefully underutilized. In my discussions with both current and former members of congregations to which I have belonged, far more members subscribe to the speculations and the teachings that were disavowed than the Church’s official position as made clear with the “Race and the Priesthood" essay. There are even contradictory essays displayed on history pages discussing the growth of the Church in South Africa. This continues to allow the proliferation of speculation and deviations from the doctrine. Most members haven’t even heard of the essay, including most missionaries, who need this vital tool when having discussions with investigators of color who are aware of our history as a faith. This is a travesty and needs to change. We cannot wander about in the darkness when there is so much light available to us.

There is not, nor has there ever been any doctrinal basis for excluding people from the blessings of the temple and the priesthood based upon their ancestry. The early history of the Church, the scriptures, and the words of modern-day prophets teach us that all are alike unto God. He will deny no one who comes unto him. None of us are perfect, and it is up to all of us to work together to build God’s kingdom here.

We should recognize that there is pain in the past and work to heal it by acknowledging it and moving past it, together.  I acknowledge that this will be much easier said than done, but we need to be able to realize when others are hurting and to join with them and bear their burdens. This is a burden that African American Saints have been trying to bear alone for far too long. We need our brothers and sisters to understand that this is something that all of us must overcome at some point in our journey of faith.

A dismissal is not bearing our burdens. Telling us that it’s not important isn’t bearing our burdens. It’s not important for people who it wouldn’t have affected, but it’s important to the people who were affected and their descendants. I urge every member to take advantage of the resources we have and to work to spread the word regarding the wonderful knowledge that the Church has made available for us to dispel the darkness of ignorance with the light of knowledge.