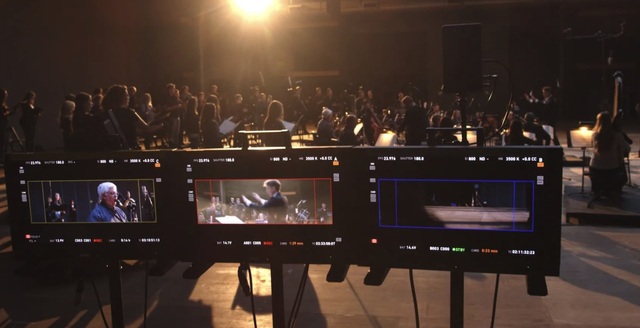 Tyler Hardwick, a Broadway performer, had never heard the music from Lamb of God when Rob Gardner contacted him, but he was so taken by it, he signed on to play the role and learned the part of Thomas in less than a week, according to Deseret.com.

“It was so overwhelming in the best way,” Hardwick said. “It was very powerful. Thomas, he’s judged for one moment of doubt in his life, when we are all three-dimensional human beings. I think the most powerful thing is [that] he has regret but he also has hope.”

►You may also like: The ‘Lamb of God’ composer calls Peter and Judas ‘interesting foils’ of each other. Here’s why

Hardwick wasn’t the only last-minute addition to the film—in fact, the film itself was just an idea as 2020 drew to a close. Two days of filming in early February preceded its theatrical release on March 12, 2021. The film’s production schedule was, according to composer and conductor Rob Gardner, “a real roller coaster.”

“But another week of that roller coaster would’ve been nice,” he quipped.

Gardner said his goal with the production has always been to leave the audience feeling a little more hopeful than when they arrived. “Whatever hope we can grab onto at any moment,” Gardner said. “Hope is the most important thing in the world.” A 100 percent audience score on Rotten Tomatoes and over $650,000 in ticket sales at the box office would suggest that the film’s message is just what the world needs right now.

Read more about the film’s creation at Deseret.com.

Lds Movies Lamb Of GodLds Movies,Lamb Of God,
Comments and feedback can be sent to feedback@ldsliving.com