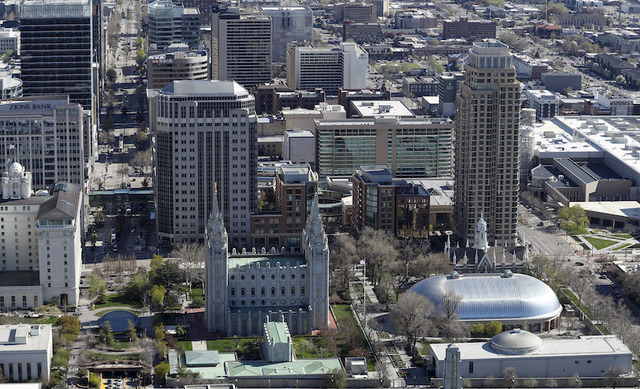 On Friday, December 20, The Church of Jesus Christ of Latter-day Saints released three videos detailing how it uses tithing and donations.

The videos came out in response to a former Church employee’s IRS complaint about how the Church uses its financial reserves. The former employee, David A. Nielsen, claimed that the Church-owned company Ensign Peak has $100 billion in financial reserves and should not be tax-exempt. Nielsen stated that the company did not meet minimum IRS regulations, which require that a percentage of the funds be used for religious, educational, or charitable purposes, the Deseret News reported.

In response to the allegations, on Tuesday, December 17, the First Presidency spoke of how the Church’s funds are used to “meet the needs of the growing Church including more meetinghouses, temples, education, humanitarian work and missionary efforts,” and reaffirmed that the Church “complies with all applicable law governing our donations, investments, taxes, and reserves.”

But how can Latter-day Saints better understand the background of why the Church makes it a priority to have financial reserves for times of need? Here’s a look at three articles that take a deeper dive into the topic.

Church presiding bishop details how tithing and donations are used

In an article published on December 20, Deseret News writer Tad Walch detailed the case Nielsen has against the Church. The article cites Peter J Reilly, a certified public accountant who stated that the case doesn't deserve IRS attention. Two other tax experts were in agreement with him.

Bishop W. Christopher Waddell, second counselor in the Presiding Bishopric, stated that the Church follows the principle it teaches its members:

“They should live within their means and little by little they should have a financial store of savings, reserves for a rainy day,” he said. “That’s exactly what the Church does.

The Washington Post says the Church of Jesus Christ has billions. Thank goodness

In a Deseret News article posted shortly after Nielsen’s claims, contributors Hal Boyd and Lynn Chapman wrote about the Church’s financial reserves, stating that while it may have gotten some attention, it deserves more.

“In an age of ballooning federal deficits, massive student debt and failed pension promises, we should perhaps be a bit slower to blow whistles when an organization—once on the brink of financial ruin—actually stays out of debt and saves for a rainy day. This is especially important for a church, a common place to which people turn for help during times of economic distress.”

According to the article, Utah has the best economy in the country, and in the case of Brigham Young University, surprisingly low university tuition costs—only $2,895 per semester for Church members. Additionally, the Church's financial standing is considered to be on par by some estimates with the Bill and Melinda Gates Foundation, Harvard, the Catholic Church or the Church of England.

But while Harvard’s financial endowment (which serves 20,000 students) is in the vicinity of $41 billion, the Church’s financial reserves serves 16 million. One must also take into consideration the “international humanitarian and welfare efforts, extensive education services, food banks, addiction recovery and employment programs, family therapy and counseling services, genealogical and self-reliance initiatives, and, of course, its broad ecclesiastical functions, which include more than 30,000 congregations worldwide.”

The article also references historian and long-time Church critic D. Michael Quinn, who took an “exhaustive 1,000-page deep dive into the Church’s finances.” At the conclusion of his study, Quinn called the Church’s finances “an enormously faith-promoting story” and a narrative that the Church is “not a profit-making business.”

If the Church really has $100 billion in assets, should members of the Church be asked to give tithing?

Drawing on the New Testament story of the widow’s mite, Deseret News opinion editor Boyd Matheson writes of the difference between viewing tithing as a transaction versus being part of something larger that would bless people over a period of time.

“I have met many people, of many different faith traditions, who honor the law of tithing,” Matheson writes. “I have never had anyone who truly lived the law complain about it or wonder if it was worth it. Like the widow, they recognize blessings large and small that come from following the principle. For those who live it, tithing is a spiritual principle with a practical application.”

While some might question why the Church doesn’t give away its reserves, Matheson notes the 30,000 congregations, 65,000 missionaries, educational institutions, and humanitarian efforts the Church supports—and then how it saves some for a rainy day in case of economically difficult times.

The Church has long considered its funds to be sacred, Matheson writes. According to the article, during a 60 Minutes interview in 1996, President Gordon B. Hinckley told journalist Mike Wallace how seriously he—and likewise the Church—views tithing donations.

“I keep on the credenza behind my desk a widow’s mite that was given me in Jerusalem many years ago as a reminder, a constant reminder, of the sanctity of the funds with which we have to deal. They come from the widow, they are her offering as well as the tithe of the rich man, and they are to be used with care and discretion for the purposes of the Lord. . . . They are used as we feel the Lord would have them used for the upbuilding of His work and the betterment of people.”