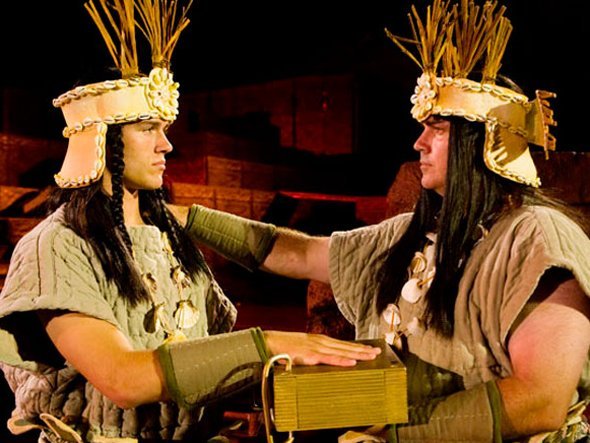 A complete, pictorial guide to The Book of Mormon

To find out more about Mormons and their beliefs, Business Insider traveled to upstate New York earlier this month for the Hill Cumorah Pageant, the flagship pageant of the LDS Church, which takes place on the hill where Mormonism's founder, Joseph Smith, is believed to have found the Golden Plates that he later translated into the Book of Mormon.

Despite the almost entirely Mormon cast and audience, the Hill Cumorah show, America's Witness for Christ, is actually written for non-Mormons. It amounts to a Book of Mormon 101 course, depicting pivotal scenes from the church's seminal sacred text, which Mormons believe to be a "record of God's dealings with the ancient inhabitants of the Americas" and consider to be a "volume of holy scripture comparable to the Bible," according to the Book of Mormon introduction.

Read the rest of this story at businessinsider.com