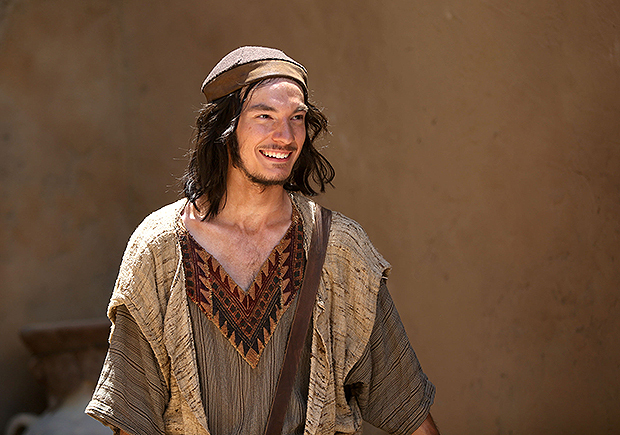 Playing the role of Nephi’s older brother Sam in the Church’s Book of Mormon videos might not seem like the easiest assignment to prep for. But Cooper Sutton, a Brigham Young University acting alum who was cast to play the son of Lehi, said help from seminary and institute teachers as well as insights from General Authorities who met with the cast allowed him to feel confident in his portrayal.

“Sam isn’t mentioned very frequently, but it was exciting to me to see that from only a few verses, you can still get a pretty good idea of who he was and what he believed,” Sutton said. “My favorite part about him is his willingness to believe and support his younger brother, even if it meant less attention to himself.”

► You may also like: What is it like filming the Book of Mormon videos? Watch this behind-the-scenes video

Sutton explained that the cast of the Book of Mormon videos often worked long days, with one shoot even lasting an entire 24 hours, but says the cast was always well taken care of and he enjoyed being surrounded by “the best people” who made the work “extremely easy.”