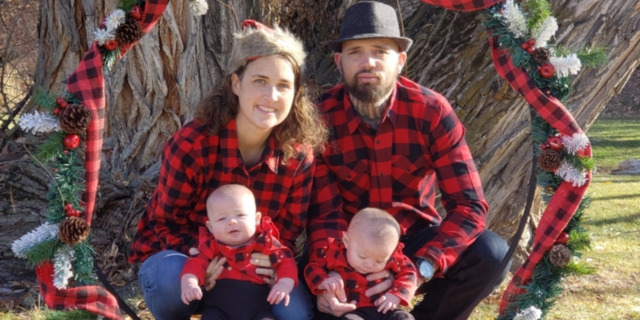 He was incarcerated for 21 years, but the Church's Prison Ministry turned his life around for good

Victor Robinson thought he knew how his life would turn out. Since the age of 13, he had been in and out of different juvenile detention centers and adult prisons as he stole food to provide for his siblings. He thought his life would be a constant cycle of serving time for the crimes he committed.

But all of that changed when he received a letter from Ashley Park, according to an article published in December by Newsroom. After Robinson’s brother was murdered, Park, a friend of his brother, felt she should send Robinson a letter. It was the only time he had received a letter while in prison.

“It touched me,” Robinson told Newsroom. “I couldn’t believe there was somebody who actually cared enough about me to see how I was doing.”

After the two sent letters back and forth for several months, Park told Robinson about the Sunday worship services held by The Church of Jesus Christ of Latter-day Saints at the prison. He attended and immediately latched onto the teachings. He started to feel the effects of the Atonement in his life.

► You may also like: How I found freedom behind bars

“Once I had this enlightenment from the Lord, I began to see everything differently,” Robinson told Newsroom. “It’s changed me in a way that I could never go back to the person that I was.”

The changes Robinson saw in himself helped him picture a better future, and was able to reduce his incarceration time. He married Park and the two have spent the last five years together, including welcoming twin daughters in 2020. Robinson plans to be baptized once his parole ends.

Robinson is just one of many individuals impacted by the Church’s Prison Ministry. Learn more about this program and how you can get involved at Newsroom.