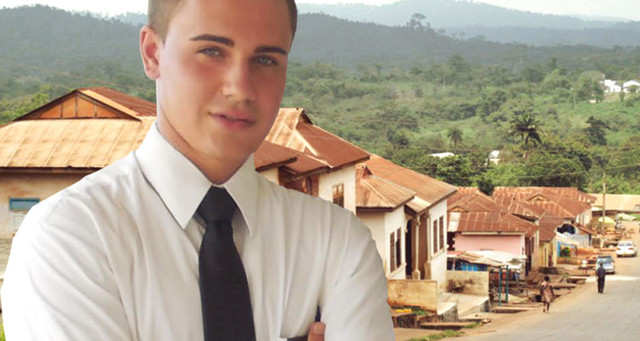 Elder Loader never really planned on serving a mission. He said “I grew up in a good family however, I just didn’t see myself as a missionary”.

As he got closer to 19, the pressure to serve increased. He knew if he didn’t go on a mission it was unlikely he’d have many girls to choose from when he eventually wanted to marry.  So he prepared for his mission and submitted his papers.

For whatever reason he’d decided to go, he was about to embark on one of the toughest missions in the world: Accra Ghana, Africa.

After fourteen months in the mission field, Elder Loader received a transfer call to go out to the furthest area away from the city: Nuamakrom. Here people were very poor and mostly lived in mud houses with dirt floors and corrugated iron roofs.

Not long after arriving Elder Loader started to feel sick. “It slowly got worse, I was awake for a few nights with a fever, sweating uncontrollably. I drank 7 litres of waters, we didn’t have any power, so there was no fan to cool us down”.