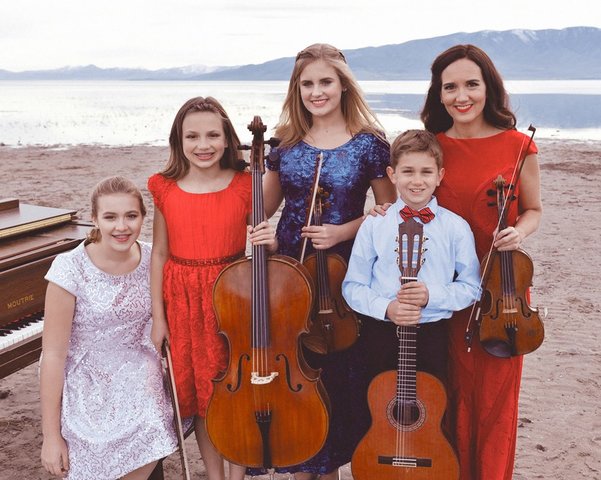 After Theft of Passport, Prized Possessions, Jenny Oaks Baker Is "in Awe” of the Miracles She's Experienced

Renowned LDS violinist Jenny Oaks Baker has always believed in angels and miracles. But after an experience last week in Italy, her faith in both is stronger than ever.

Baker and her family have been traveling through Europe on their way to Salzburg, Austria, to shoot a music video for their upcoming album and to perform together in Vienna as "Jenny Oaks Baker & Family Four." Last week the Bakers landed in Italy and toured Venice, Rome, and Siena. Everything went according to plan until a brief stop in Pisa. 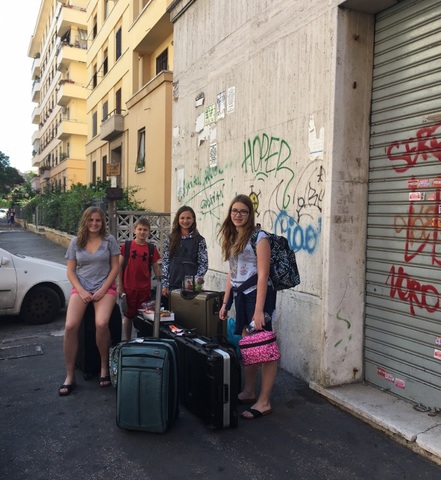 “We left our luggage and instruments in our locked rental van for some quick photos with the leaning tower of Pisa,” Baker told me in an exclusive interview this morning from Salzburg. When they returned just 30 minutes later, they found their vehicle had been broken into. “We were horrified. Our luggage, instruments, purses, and backpacks were gone. The kids screamed and just burst into tears.”

Thousands of miles and a continent away from their home in Utah, the Bakers had lost laptops, clothes, passports, a cello, keyboard, sheet music, and more. But while they waited for police to arrive, they noticed one very special item had survived the crime.

“I play a violin made in 1795 by Italian master Violinmaker Vincenzo Panormo,” Baker said. “I have played this violin for over 20 years.” When she saw the violin case sitting where they’d left it in the van, Baker was filled with tears and gratitude.

Eventually, Baker discovered that her daughter Laura’s violin and son Matthew’s guitar were also left behind. But missing was an accordion and daughter Sarah’s cherished cello. 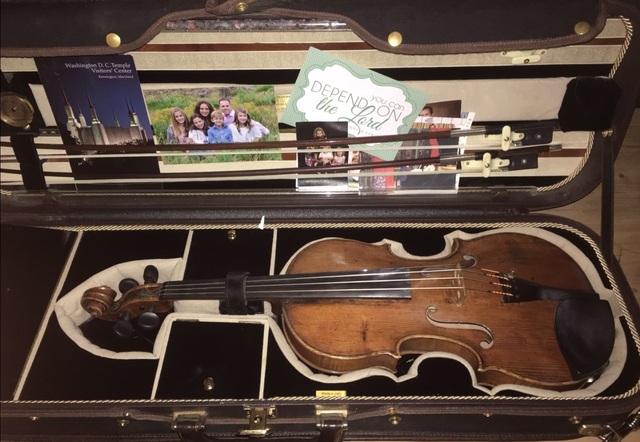 “As I said my prayers that night, I thanked Heavenly Father for keeping a few of our most prized possessions safe. I know an army of angels had been sent to protect my violins. And I imagine that my mother was leading the way.”

Baker believes that God doesn't take away our trials completely, but that He sends miracles to help us navigate them. “Sometimes these miracles are so spectacular that they can make all our other troubles fade away,” Baker added. “This is what happened to our family! I’m just in awe.”

The family was able to visit the consulate for new passports and a mall for new clothes. But the biggest challenge would be finding a new three-quarter-sized cello. “When we arrived in Florence I contacted every shop, but no luck. Then, thankfully, a friend in Utah who’d seen my post on Facebook about the robbery connected me to someone in Bologna, Italy, and we found the perfect replacement! It’s interesting, we bought it in the city that is the very birthplace of the cello.”

The Bakers still need to replace several items before shooting their “Sound of Music” video, but they have faith their trial will continue to feature angels and miracles. “I guess our family is a little like the von Trapps. We’ve grown closer through our trials and are grateful to have music to unify us even further.”

Lead image from jennyoaksbaker.com. All other photos courtesy of Jenny Oaks Baker.