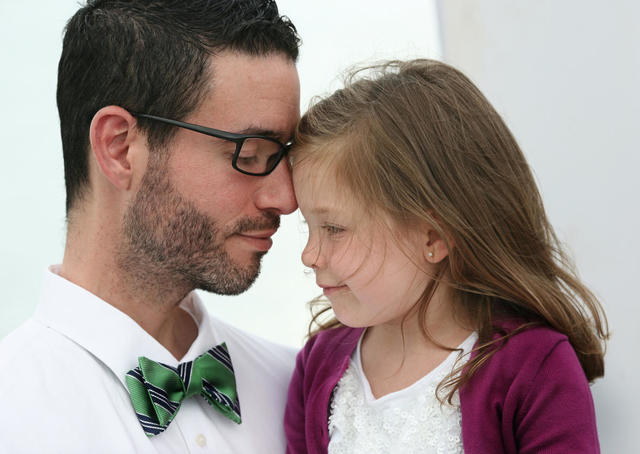 After Their Dad Abandoned Them, How One LDS Family Celebrated Father's Day

"It's not always easy to put your kids before yourself, but when you do it right (meaning with love), you experience a joy and an unparalleled happiness in meeting their needs and their wants that you wouldn't trade for anything," LDS dad Vance Taylor said.

Growing up, Father's Day was a "mixed bag" for Vance Taylor.

When Taylor and a sibling were diagnosed with a debilitating disease at a young age, his father abandoned the family. In the years that followed, the annual June holiday represented a major gap in his life.

On the other hand, Father's Day allowed Taylor to celebrate his mother and a number of strong male role models in his life whose examples inspired him.

"Father's Day gave me a unique opportunity to think about what kind of a father I wanted to be when I had kids of my own," Taylor said. "In other words, I wanted to grow up to be the kind of dad I wished I'd had when I was a kid. In that sense, Father's Day helped me develop a more formalized appreciation of fatherhood."

Today, Taylor is a husband and father of two daughters. Growing up without a father has helped prepare him to more fully appreciate his opportunity as a father. In commemorating Father's Day, Taylor and his mother, Morena Merlos, discussed their experiences and shared insights related to the role of fatherhood.