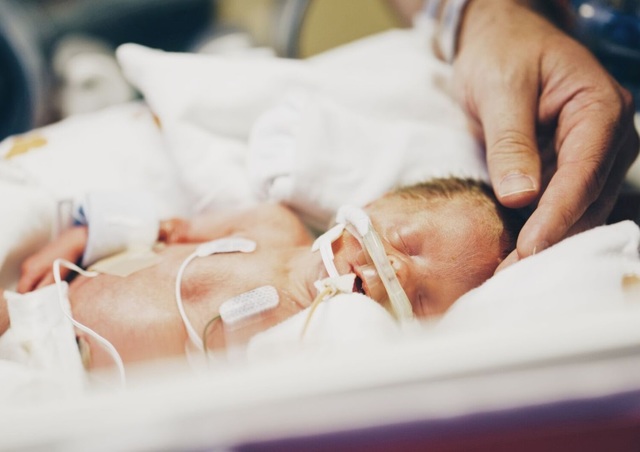 After Trying for Years to Get Pregnant, LDS Couple Has Quintuplets, Details the Miracles That Kept Them Alive

An LDS family has been gaining national attention for their five newest family members.

“They might be tiny,” says Jamie Scott, now a mom of seven, “but they are mighty. And perfect. We are so blessed to have these children. They are our little miracles.” At a press conference, Jamie said they hope to take the babies out of the hospital’s intensive care unit and home to St. George, Utah, in about six weeks.

After having two boys and trying for five years to get pregnant again, Jamie and Skyler Scott learned they were expecting quintuplets. Quintuplets are rare, occurring only once in several million pregnancies. Carrying higher order multiples—four or more babies—requires special care as it can be very taxing on the mother’s body and poses higher risks for both the mother and the babies.

“We said many prayers,” says Skyler. “They were answered the day we found Dr. Elliott. We had a long, personal consultation over the phone with him and felt confident Jamie could do this with his help.” 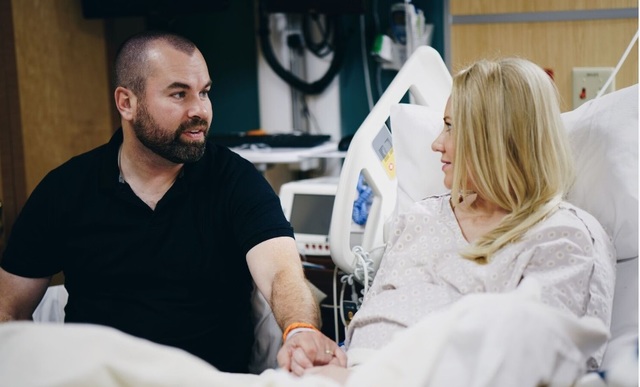 Considered a higher-order multiple pregnancy expert, Dr. Elliott has delivered 24 sets of quints and more than 108 sets of quadruplets in his 38 years as a perinatologist. Dr. Elliott is also the founder and medical director of the Elliott Center for Multiples, and medical director of a joint venture between Dignity Health and Phoenix Children’s Hospital called Arizona Mother-Baby Care.

“High order multiples take special care and monitoring,” said Dr. Elliott. “Parents who move to Arizona for their pregnancy care typically arrive at about week 18. The team at St. Joseph’s is particularly well versed in handling multiples, and the NICU staff is uniquely qualified.”

Dr. Elliott’s goal is to keep the mother healthy and babies in the womb for as long as possible. Jamie had to consume 4,000 calories each day to help her babies grow strong. At 21 weeks, Jamie had a significant complication that hospitalized her at St. Joseph’s for the duration of her pregnancy. The sack around “Baby A” (now named Logan) ruptured, leaking amniotic fluid. Dr. Elliott resisted delivery at that time, as he knew there was no chance any babies would survive, although it was a risk to Jamie's health. On admission to the hospital, Jamie’s white blood cell count was elevated suggesting an infection, which can spread to the blood and lead to sepsis. As the white blood cell count climbs, delivery becomes the accepted medical management. 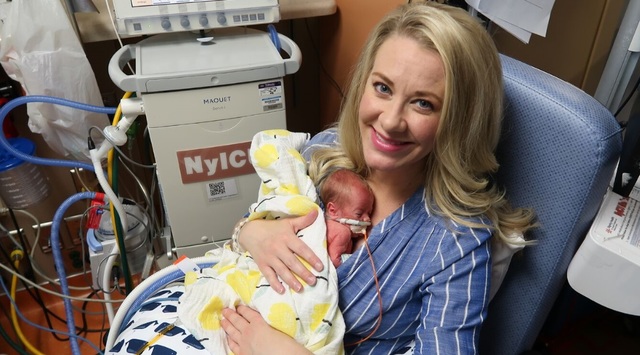 “I watched closely to see what secondary confirmation there was that Jamie was developing an infection in her uterus,” added Dr. Elliott. “The biggest threat in this situation is an infection in the mother. As Jamie’s white cell count reached 32,000 (three times normal), we set a threshold at which we would need to act. She never reached that threshold, and her white blood cell count started to decrease. Baby A was also tolerating the fluid loss, and then we observed his sack began to refill. To my knowledge, there has not been another case during a quintuplet pregnancy where membranes have ruptured and then resealed.”

“Our goal was 32-and-a-half weeks. Dr. Elliott’s goal was 34 weeks,” says Jamie. “Given that our little Logan wanted to come at 21 weeks, I am so grateful that our babies stayed put until 29 weeks. I am just amazed at how well they are all doing.”

Baby girls Lily, Violet, and Daisy and baby boys Logan and Lincoln were born on March 21 between 1:27 and 1:28 a.m., all weighing less than 3 pounds. While St. Joseph’s has had a great deal of experience delivering triplets and quadruplets, the hospital delivered its first set of quintuplets in its 123-year history to Virginia couple Michael and Margaret Baudinet in Dec. 2016. Now, 15 months later, the Scott quintuplets made their world debut at 29 weeks. The national average for quintuplet delivery is less than 27 weeks. 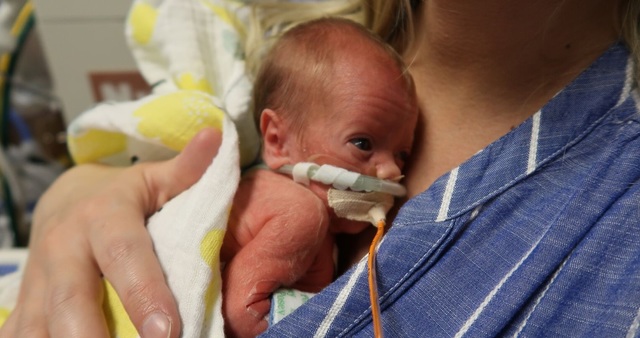 The proud parents have gained quite the following by chronicling their journey on Facebook and Instagram pages titled Five Two Love. They have affectionately nicknamed their new bundles of joy the “Squints.”

All photos courtesy the Scott family