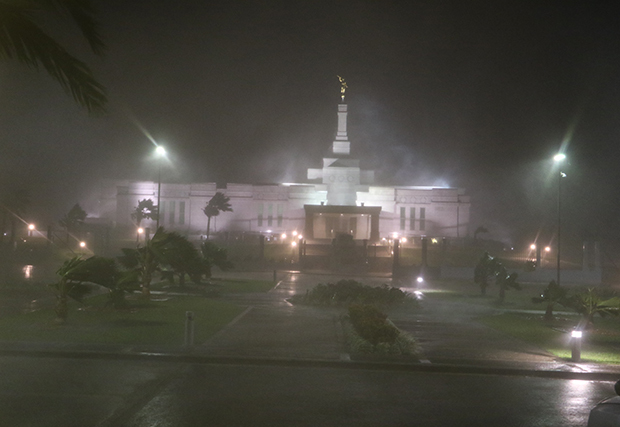 All Missionaries Safe, Back to Work After Deadly Cyclone Hits South Pacific

With 224-mile-per-hour winds, flooding, and at least 21 people killed,  Cyclone Winston has been characterized as the most powerful tropical storm ever recorded in the Southern Hemisphere, according to KSL.

But thankfully, this  category 5 tropical hurricane has not disrupted the work of the Lord moving forward. According to Mormon Newsroom, Fiji Suva Mission President LaMar L. Layton reported that all missionaries are safe following the storm. What's more, these faithful missionaries spent the next morning, February 21, participating in the rededication of the Suva Fiji Temple, which continued as planned.

The storm did, however, disrupt the cultural celebration for the temple held the night before, but not before the 1,300 youth could hear inspired counsel from President Henry B. Eyring and other inspired Church leaders.