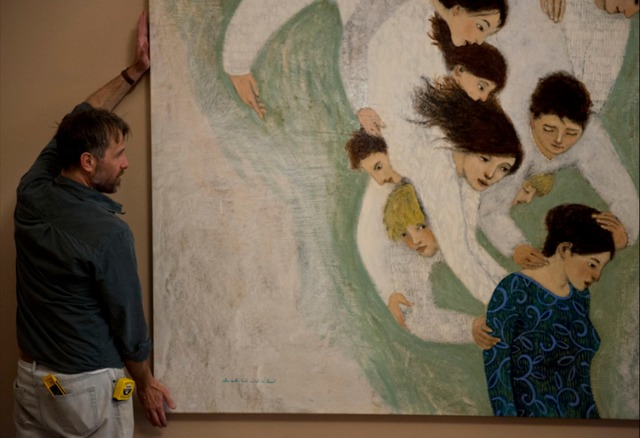 Angelic Painting Reminds Mormon Mom She is Not Alone

The Mormon mother of five in Arlington, Texas, had a bone-marrow transplant at age 13. She almost died five times before she and Cris Baird married six years later.

After her last child’s birth, Baird underwent pelvic reconstruction and, as part of the preparations, had a blood test. Turns out she had hepatitis C, a viral disease that can cause liver failure and other serious health problems, many of which she had already suffered.