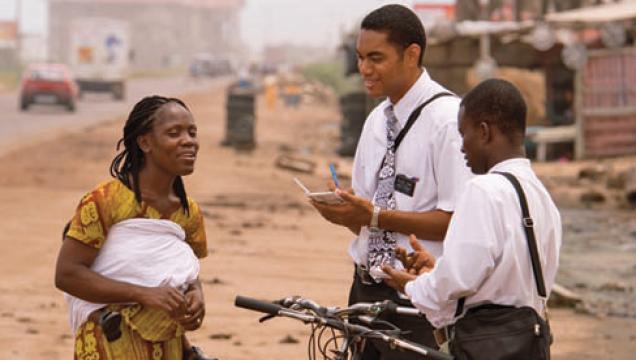 Two plays about Mormonism are scheduled to premiere shortly in the northeastern United States. According to advance publicity, one of them "chronicles the days leading up to Christmas, 1825, when Joseph Smith Jr. and his father, on the run from the law as confidence men and scammers, return in disgrace to the family farm in upstate New York to save their house from being repossessed. In the process of escaping the clutches of both their creditors and the investors they'd recently fleeced, they lay the foundations of Mormonism." It purports to be "based on historical accounts of Mormonism's early years."

The other play, a musical, will likely be somewhat less reverent.

It's easy to be upset at such things. But indignation is the wrong response and, anyhow, entirely useless. We should see these and similar public attacks — homes in one southwestern American town where a temple is under construction have just been systematically blanketed with anti-Mormon propaganda — as rich teaching opportunities. Mormons are pretty rare in the Northeast; these plays are fabulous (and free) local publicity.