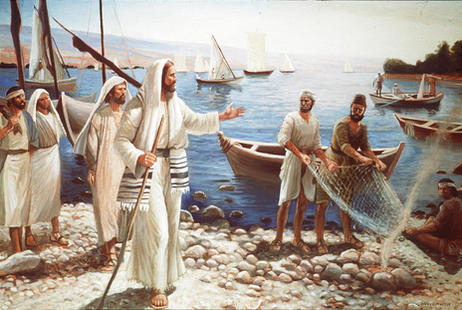 Apostle 'idea' is growing in popularity among other faiths

A remarkable article appeared recently in the impressive evangelical periodical "Books & Culture" 18/4 (July/August 2012). Gregory Metzger's "A New Apostolic Movement?" reviews a just-published book by Alan Hirsch and Tim Catchim, "The Permanent Revolution: Apostolic Imagination and Practice for the 21st Century Church," which I've yet to see.

Hirsch has apparently long advocated "the restoration of apostles acting decisively" to serve as "the primary custodians of the DNA of the church."

This idea of new apostles, says reviewer Metzger, is "growing in popularity" and "increasingly popular within the global Pentecostal/Renewal movement," though he predicts that it will seem "outlandish" or "kooky" to many. He himself "strongly disagrees with the agenda that drives the book" and tries to refute its arguments.