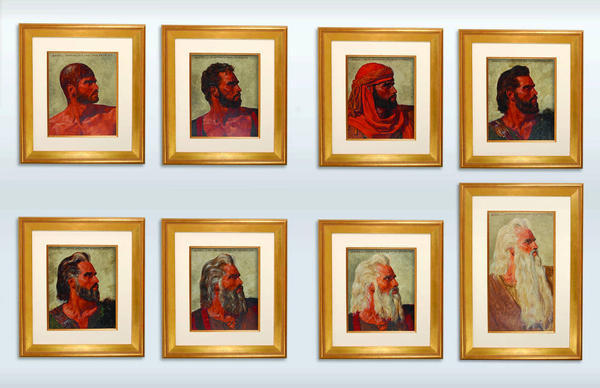 Arnold Friberg's "Original Eight Faces of Moses" paintings will be on display this Tuesday and Wednesday.

The paintings were created for the 1956 film "The Ten Commandments," according to a news release from RR Auction in Boston. The unsigned "eight faces" were recently discovered and attributed to Friberg by authenticator and Salt Lake resident Lawrence Jeppson.

"The paintings were considered 'lost' and we feel that bringing them 'home' to Utah was certainly extremely appropriate," Bobby Livingston, executive vice president at RR Auction, wrote in an email Tuesday. "We are excited to share them even for such a short time."