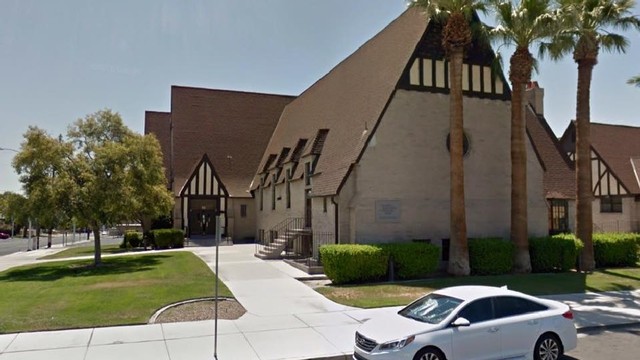 Around 6 a.m. Monday morning, the Las Vegas Police Department arrived at an LDS church after receiving a notification. They found that the church had been broken into with the door open and a haze of smoke filling the building.

A spokeswoman for the LDS Church said the chapel is probably the oldest Mormon structure in Las Vegas, according to News 3 Las Vegas.

Police requested Las Vegas Fire & Rescue come to the meetinghouse, and fire crews found the fire had burned itself out.

While waiting for fire investigators to arrive on the scene, the firefighters noticed the building across the street, the Las Vegas Firefighter’s IAFF Union Local 1285 hall, had its front door open, with broken glass littering the ground.

Inside firefighters discovered evidence that this building had also been intentionally set on fire, but the fire had already burned out.

No one was injured in the fires, but fire damage to the church was $1,000 and the union hall was $3,000. Officials are still investigating the fires. There are no suspects at this time.